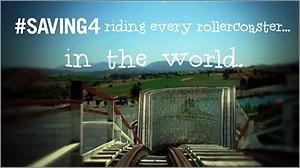 Capital One 360 (formerly ING Direct) is looking to turn the biggest spending period of the year into a time to consider saving.

Via a social media and digital promotion, the company is encouraging consumers to share their savings aspirations during the holiday season by enticing them with a chance to add to that via cash prizes (culminating with a $25,000 grand prize).

“We wanted to do something throughout the season and keep savings top of mind,” Laura DiLello, communications manager for Capital One 360, tells Marketing Daily. “[Consumers] spend a ton of money on the holidays and oftentimes you might not be planning for this extra spending,”

Using the theme “What are you #Saving4,” the promotion encourages people to share the things for which they’re saving money: college education, a new home, early retirement. The promotion encourages people to either upload a picture through Capital One 360’s Web site, or tweet the nickname they have placed for their savings account (a feature of Capital One 360) along with the hashtag.

The company is touting the promoting through its website, social media channels, email database and public relations efforts. It’s also counting on the shared nature of social media to build interest, DiLello says. “What we hope is anyone tweeting [will share with their networks] and that will encourage more sharing,” she says.

In addition to daily $500 winners between Nov. 8 and Dec. 20, Capital One 360 will award two hourly $500 prizes (one from each channel) during the Black Friday/Cyber Monday weekend. At the end of the promotion on Dec. 20, one winner will get $25,000 toward their goal. (Entries will be judged and awarded based on originality, creativity and emotional impact.)

Capital One 360’s Black Friday promotions began a few years ago when the company was ING Direct (Capital One bought ING Direct i February 2012), offering incentives for people to open accounts on the biggest shopping day of the year. Those incentives will continue this year, with the company offering $125 to anyone who opens a new 360 Checking Account.