GMC Takes Sierra To Broadway, Beyond For Bowl 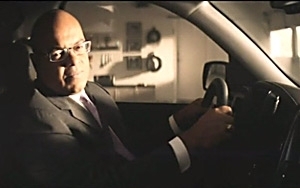 General Motors’ GMC truck brand may not be advertising in the Super Bowl, but it will be all over the experiential marketing and sponsorship field, especially in New York City, where the gridiron takes over Broadway for “NFL Boulevard” near Times Square.

GMC's sponsorship also puts its name on the eight-lane, 180-foot-long, 58-foot-high toboggan running from 34th to 37th streets. Sandra Moore, director of advertising and promotions for Buick and GMC, tells Marketing Daily that the brand aligns well with the toboggan because the structure is an engineering feat meant to complement the brand’s own “Professional Grade” proposition.

She says GMC, which has been official vehicle of the NFL for eight years, will have an out-of-home ad presence in Times Square too -- plus 440 "courtesy" vehicles driving people around the New Jersey Meadowlands area, where the game will be played. GMC will also sponsor the NFL Tailgate program there on Sunday as well.

The digital program this season is all about "Never Say Never Moment" -- which, like the toboggan sponsorship, is meant to call into relief GMC's  excellence in engineering position. "It really focuses on a player every week who has taken the play to the next level," she says, adding that the company will present the "Never Say Never" award to the player who made the popular-vote winning moment this Saturday in New York.

The GM premium truck brand also has a relationship with ESPN Monday Night Football sports announcer Mike Tirico and football broadcast analyst Marshall Faulk in the digital space around short vignettes on sites like NFL.com, GMC's YouTube site featuring the Sierra. "We have been on that throughout the season, so it is a big digital play for us," says Moore.

The automaker also had sponsorship activity around the Pro Bowl at Aloha Stadium in Hawaii on Jan. 26, hosting the U.S. military and their families and running a program where a soldier and the game’s most valuable player were given keys to a GMC vehicle.

Tony DiSalle, U.S. VP of Buick and GMC, tells Marketing Daily that last year sales beat the industry average on both brands. This year, the focus for GMC is on the new Denali, Yukon and Yukon XL vehicles, unveiled at the Detroit auto show. He says another marketing focus is home life. "It's incredibly important. We like home improvement shows, HGTV, the do-it-yourself mindset, it's clearly an area where we play nicely. They can relate to us and they use GMC products. We also do boat shows because of the obvious fit with someone who needs trailers."

He says that on the Buick side the new Encore, which went on sale last quarter is moving strongly. "We've sold Over 30,000 Encores, and to be honest that vehicle is really just getting started, it hasn't even been a full calendar year on Encore and it has met part of the market that had not been covered with any degree of competitive intensity."