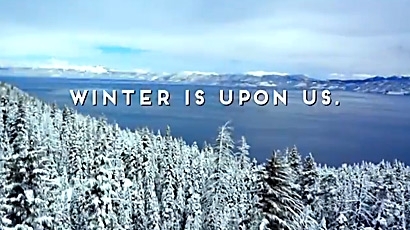 The North Lake Tahoe tourism group is urging vacationers to leave their gadgets behind and let their feet succumb to gravity.

The campaign, which includes TV and out-of home, is intended to “condone” time off for an extended weekend getaway to North Lake Tahoe’s skiing and snowboarding resorts.

The North Lake Tahoe Marketing Cooperative enlisted San Francisco-based School of Thought to create the effort, which aims not to lift ticket sales, but hotel stays.

“The big hurdle for us is not getting San Franciscans here, but getting them out of their homes,” said Andy Chapman, chief marketing officer, North Lake Tahoe Marketing Cooperative, Tahoe City, Calif.

That premise is reflected in the commercial, he tells Marketing Daily.

“Most of it just sells the idea of getting away,” he says. “The nice thing is, since this strategy has been working for us, it means we’ve got a very concentrated and effective media market to tap. We don’t need to advertise everywhere. We’re able to really focus our media dollars.”

Both 30-second and 15-second versions of the TV spot show a Nexus smartphone, PlayStation game box and Android tablet falling in super-slow motion. The voiceover states: “Dear gadgets, you know I love you. But we’re going to have to spend some time apart.” Why? Video cuts to snowboarders and skier descending in similar slow-motion. Voiceover: “Because winter is upon us.”

Billboards make a less roundabout case for some time apart from not gadgets, but work. Snowsport scenes are headlined, “Let’s make Monday the new Sunday,” “You’re never too old for a ditch day,” and “Mom used to say, go outside and play. She’s still right.”