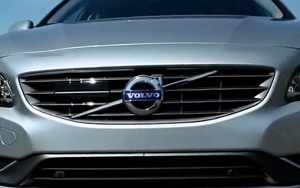 Editor’s note: This week, Marketing Daily has brought you exclusive coverage of the Brand Keys 2014 Customer Loyalty Engagement Index (CLEI). Each day, you received a report on key product/services categories from among the 64 surveyed for this year’s study. This final installment provides highlights from categories including automobiles, sports and cosmetics.

Consumers expect a lot, and as more and more sophisticated product attributes are raising all boats equally, marketers have to constantly struggle to find points of differentiation or risk sinking into the commodity doldrums. One sees this in Brand Keys CLEI brand rankings across a lot of categories, and services and durable goods are no exception, whether it be cars, travel or insurance.

Volvo has benefitted with a spate of new advertising over the past several months that has positioned the brand as the luxury brand for real people. The Swedish brand is number six after General Motors at fifth place and above Dodge. Jeep enters the top-ten list at second place, tied with luxury brands Lexus and Mercedes Benz, and just above BMW. Also new to the top list are Audi, Chevrolet, and Mitsubishi. Subaru has risen from 6th place to 3rd.

BrandKeys president and CEO Robert Passikoff says that while Hyundai and Ford's continued top-ranking position reflects inertia of consumer perception, the force driving changes even at the top is technology. "Technology and connectivity are driving big changes in the category. It's loud and clear." All things being equal, telematics is a way for automakers to customize, he says. "In the mass market, everything looks the same. So differentiation is about how to raise table stakes, and technology is one way to do it."

After Avis, Enterprise and Herz are tied for the second position on the loyalty and engagement list. Budget is three; four is National; and fifth is a tie between Alamo and Dollar. What's it mean? "Unless they're renting at Ace of Spades car rental, people expect a clean, reliable car. That's table stakes," says Passikoff. So, to some extent, is pricing. What really makes a difference, he says, is service and reputation. "Avis always seems to rise to the top of the list; no matter what, there is a heritage to the name. Their brand reputation is very solid." He says Enterprise, which was also high on the list last year, owns a lot of parameters around customer service. "It's about perception of brand and service."

In the world of car insurance, no surprise given its reputation and its big ad spend over the past year: USAA has jumped to number one in the category, knocking State Farm to number four, with Nationwide. New to the list is Esurance. GEICO is now number three after Allstate and Progressive, sharing the number two spot. Nationwide has risen from its 7th-place spot last year.

Gasoline brands are not driven by the commodity so much as service reputation. Shell still leads. Sunoco has dropped to 6th place, tied with Texaco, but no big changes. BP has dropped from 3rd place to 5th but is still high on the list, sharing with Venezuela's Citgo.

What happened to Skechers? They were number one last year, having worked to extend beyond style accessories to athletics. Now they are down to 6th place and Nike is back on top, followed by New Balance. Asics has dropped from number two to number five, after new guys on the list, Fila and Mizuno. One issue for Skechers in athletic shoes is, well, it’s not seen as an athletic shoe. Skechers has gone back toward its core equity in entertainment, and style. The company brought in "The Voice" winner Danielle Bradbery as the new face of its Bobs cause-marketing program, something of a response to Tom's, which gives a pair of shoes away for every pair bought. "They are entertainment and social more than athlete oriented," says Passikoff, adding that design and innovation drives the category. "And when you look at who is able to do that,  they don't get mentioned."

Samsung and Apple are playing who's on first. Last year Samsung knocked Apple off the top. Now Apple's back, in spite of Samsung's big Galaxy product offensive last year. Nokia and Sony tied at 3rd. Not surprisingly, BlackBerry is at 8th. What is surprising is that it's even on the list this year. "I think their campaign with the less expensive versions of iPhone 5 gave them a boost again," says Passikoff.

See 2012. No changes at all. Ho Hum: NFL is in the quarterback position, as it was in 2012, followed by Major League Baseball, the NBA and the National Hockey League in last. Passikoff notes that MLB has suffered from the juicing scandals. "There is a certain purity of baseball. Folks don't like the idea that it's being adulterated. It has high entertainment value still, and it has athletes that people bond with, and history and tradition." The NFL, meanwhile, has been focused on bringing in women as fans. "The barrier for women was a sense of brutality. The league has been trying to change that."

All-in-one still matters, and Expedia still leads in convenience from that perspective. Next come Orbitz and Trip Advisor tied for second, followed by TravelZoo, Kayak and Priceline, Yahoo Travel and CheapTickets tied for fifth, then Hotwire, Travelocity, Hotels.com and Booking.com."Two elements drive the category," says Passikoff. "One is the ability to book everything all on one place, so [consumers say] it's tougher to do that on Hotels.com. The impression is they can't. The other side are the resources and support that sites gives you in terms of added value: information, price points, ease of use."

Last year mass-market cosmetics were off the list, as they were placeholders by BrandKeys parameters. This year they're back, and still placeholders. "They are interchangeable in terms of what drives the category," says Passikoff. The number of shared positions speaks to that:  L'Oreal is number one, followed by Mary Kay. Then you have a three-way tie among Avon, Covergirl, and Revlon. Then a four-way tie among Neutrogena, Sephora, Urban Decay and Rimmel. And a tie between Max Factor and Maybelline.

"None of them are killing rabbits or blowing up on the shelves, but when you ask them what's driving the category, it becomes very basic: I have confidence in the product. I get value for the brand I buy. It's very commoditized." Luxury cosmetics are a different story. Lancome is on top, followed by Estee Lauder, Chanel, Clinique, Shiseido, MAC, Dior and Elizabeth Arden. "The values that drive them are vastly different," he says. "Luxury makes you look better and feel better. It's innovative and nurturing, and a sense of effortless transformation."