Is Big Data Helping Or Hurting The Shopper Experience? 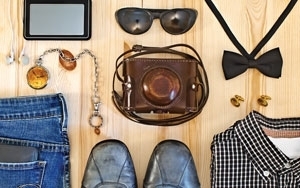 For years now, retailers and shopper marketing specialists have increasingly used data to present online shoppers with merchandise they are looking for. But a new study from McCann's Truth Central research unit suggests that precision targeting has resulted in shoppers feeling that they may be missing out on things they’d like to discover and purchase.

The study, “The Truth About Shopping,” surveyed more than 10,000 people in 11 countries (U.S., U.K., China, Brazil, Mexico, Chile, U.A.E., France, South Africa, Spain, and India) to explore consumer attitudes and behavior related to shopping covering areas such as online, mobile and in-store purchasing, views about data and privacy, and preferences about the shopping environment and experience.

Among the findings: 52% said that shopping is too impersonal these days. They are concerned about the reliance on algorithms to dictate their purchases. And 57% worry that they’ll discover fewer new things if companies always show them exactly what they’re looking for.

Laura Simpson, global director, McCann Truth Central said: “Today’s challenge in the retail environment is, how you keep the art of shopping alive in the age of algorithms? We believe that focusing on the Art of Shopping is essential to balance the science of shopping.” Along those lines, the survey found that 66% of shoppers are looking to be “inspired” while they are shopping.

The study found that 84% of people globally are aware that companies track the Web sites they visit in order to recommend products. In the U.S., this awareness rose significantly from 69% in 2011 to 87% in 2014. Shoppers accept this tracking as long as they understand the trade-off: 65% of people said they were willing to share data if they could see some benefit. In the U.S., 61% of consumers said they would be willing to share data if they understood the benefit, compared with 45% in 2011.

In the mobile arena, among those polled who said they had shopped on their mobiles in the past six months, 49% said they could foresee shopping exclusively on their mobile in the future, per the study. That said mobile devices also appear to be emerging as a window-shopping experience for many. Some 70% of respondents said they believe that mobile is good for browsing but not for buying. This perception is highest in Mexico and the U.S., among the countries studied.

The study concludes that brands that are able to tailor their mobile platforms to offer “rich, inspirational content, as well as quick, on-the-go transactions, based on the consumer’s momentary requirement, will  be able to tap into mobile’s full potential.”