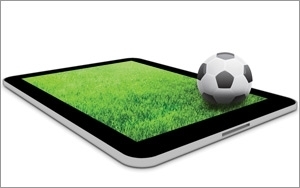 Page views per online session hit a new low -- 6.93 -- in March 2014, about two fewer pages than in the same month in 2012. IBM attributes the low to an increase in mobile use by consumers and declining attention, as smartphone users click away in a hurry unless a site is optimized for small screens. The trend also identifies a weakness in the ability to cross-sell products through content and recommendations.

While bounce rates rose to 34.5% in October 2013, they slowly settled at around 33.5% by March 2014, per IBM ExperienceOne released research Thursday. The findings highlight the types of trends that marketers should focus on this summer as they prepare to design, build and run campaigns for the end-of-year holiday season.

Tablets outperform smartphones in time on site at 6:02 with the bounce rate at 32.3%, with the tablet bounce rate slightly lower than the rate of all channels at 7:12 combined in March 2014. For smartphones, average time on-site came in at 3:29 and bounce rates at 43.4% in March 2014. Apple iOS device users had a notably lower bounce rate compared with Android -- at 37.2% to 45.1%, respectively, per the study.

1)   Apple iOS device users outspent Android counterparts in average order value by 37% in November 2013, at $121.48 versus $88.98, respectively. In March 2014, Apple continued the lead with iPads and iPhones accounting for 13.6% of site sales compared with 2% of sales from Samsung, LG, HTC, Motorola and Nokia devices combined.

6)   Mobile apps are on the rise, but Web sites saw more traffic from smartphones at 23.8% compared to tablets at 13.6% in March 2014. Consumers still make more purchases on tablets.

9)   Apple iOS devices fare better than Android in conversions and single bounces and are clearly more inclined to browse online.

10)  Online shopping cart abandonment rates reached a new high of 72.1% in July 2013, up from 67.9% in the same month of 2011. IBM attributes this to mobile, but optimizing sites for easy conversions can help to reverse the trend.

How To Integrate Social Channels

Social channels did not fare as well in March 2014. Compared with the mobile channel, social lags in conversion, bounce rate, page views per session and time on-site. They remain an underwhelming source of site traffic, with just 0.9% of visitors arriving to Web sites from Facebook, Pinterest, YouTube and other social channels, accounting for 0.2% of sales.

IBM attributes this trend to social media users wanting to return to the social experience, but that doesn't mean this channel can't influence sales through other media sources, as seen in the recent Kenshoo findings about specific investment percentages in Facebook ads. IBM suggests that impression attribution technology enables retailers to account for the impact of what it calls view-throughs from social sites to better measure top-line results from social marketing

"Conversion by channel, direct load is highest at 3.2 percent as of March 2014, driven by shoppers visiting a site with the purpose of making a purchase. Paid search, in second place at 2.8 percent, shows its effectiveness in enticing browsers with highlighted ads and content. With conversion at 2.5 percent, marketing through email, display ads, mobile push notifications and other means is doubly as effective as traffic from referral sites. Strong conversion rates for marketing and paid search are further indicators of successful marketing promotions.

"Mobile and social, which overlay direct load, marketing, paid and natural search, and referral channels, come in at 1.6 percent and 0.8 percent respectively for conversion. Both marketing and paid search percentage of traffic and conversion rates rose in November/December 2013, showing that retailers are doing a good job promoting deals during the holiday season."

"Tablet with Soccer Ball on it" photo from Shutterstock.