Ads Still Catching Up With Attention Devoted To Apps 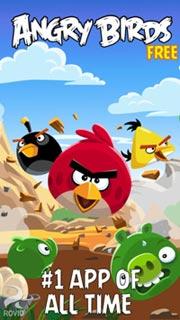 The comScore report released yesterday on mobile app use only underscored that apps dominate time spent with media compared to the mobile Web. Apps, for example, accounted for about 7 out of every 8 minutes spent consuming media on mobile devices, according to the report. So it’s clear, based on the comScore data and other research, that apps have won the battle for attention on smartphones and tablets versus the Web.

At the same time, an eMarketer report this week highlighted a separate recent study by Survey Sampling International (SSI) for Adobe, which found that while apps claim far more time spent with mobile, that does not necessarily translate into better ad performance.

Mobile users in North America were more likely to click on mobile Web ads than those in apps. More than one-third had done so in the prior three months, compared with 26% who had clicked in-app ads. Devices used by participants in the study included e-readers, mobile phones, smartphones, tablets and wearable devices.

The apparent disconnect between the much higher time spent in apps and the lower click rate does not represent a welcome trend for marketers. Andrew Lipsman, VP, marketing and insights for comScore, said the online measurement firm doesn’t break out mobile click-through rates by mobile Web versus apps. But its MobiLens survey shows that 31% of mobile users overall indicating they had clicked an ad in the prior three months — about the average of the SSI study figures.

But Lipsman pointed up some of the difficulties with using clicks as a measurement for ad effectiveness in mobile, like inadvertent clicks as a result of so-called fat-finger syndrome, that can artificially inflate results. He also suggested that survey data in this instance may not be the best way to show behavior because people may confuse mobile browser clicks with clicks on the desktop Web.

All that said, one can make an argument that people may find ads even more intrusive in the immersive environment of a game or entertainment app than a mobile site. Marketers and tech providers have tried to address the issue by developing rich media formats (see iAd) that attempt to mirror the app experience and avoid disrupting game play or other app activity. That sets a high bar for advertisers trying to connect with users while engrossed in apps.

Facebook, with its wealth of targeting data and huge user base, has obviously tapped into a gold mine with its app install ads. The format accounts for the bulk of its mobile ad revenue, and mobile now makes up the majority of its ad sales overall. But most publishers and marketers haven’t made as smooth a transition to mobile as Facebook, as they scramble to catch up with audiences shifting more attention to mobile -- and apps in particular.