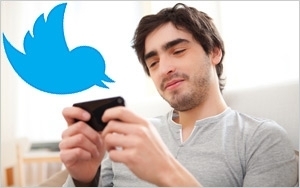 Mobile continues to redefine how consumers interact with content and make purchases from their handheld devices. In fact, MarketLive estimates that revenue from retail sales on smartphones and tablets rose 141% during the period from Thanksgiving Day through Cyber Monday, which likely makes Yahoo CEO Marissa Mayer ecstatic.

Her mobile initiative continues to push the company into the hands of more consumers with help from its native ad-serving platform, Gemini. By 2015, Yahoo should surpass Twitter, one analyst firm estimates.

In fact, eMarketer estimates Yahoo will take 3.18% of the $18.9 billion U.S. mobile advertising market this year, landing itself firmly in the mix of real competitor. Next year, Yahoo's U.S. mobile revenue will account for 3.74% of the U.S. mobile ad market and for the first time will push past Twitter, which eMarketer forecasts will take 3.69% share in 2015.

Yahoo will continue to face challenges. eMarketer broke down Yahoo's market share by ad format to analyze the company's forthcoming obstacles. While the company's share of U.S. mobile search advertising will reach 4.9% this year, growth continues to slow, with share expected to rise marginally to 5.2% in 2016.