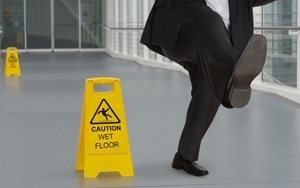 Marketers working with Merkle RKG spent 1.3% less to buy search ads running on Google in the U.S. during Q4 2014, compared with the year-ago quarter. The company's share of ad-click volume fell nearly 2% during the same period, per a quarterly report published Thursday.

For the sixth consecutive quarter, Merkle RKG saw less than 5% growth in cost per click (CPCs) for Bing Ads, among its clients. In Q4, CPCs rose 3% year over year (YoY), but click volume rose 27%, driving total spend by 31%. Bing Ads benefitted from recent deals to provide mobile search ads to eBay beginning in late Q2 2014, and then Yahoo becoming the default search option for Firefox in December, but the increase in mobile volume put pressure on CPCs.

After becoming the default Firefox search provider in early December, Yahoo’s share of total U.S. Firefox traffic grew from 12% to 30%, but Firefox users have been switching back to Google. This means Yahoo stands to gain just 2% or less U.S. paid search share from the deal, per the Merkle RKG report.

"Some might be surprised that Yahoo's deal with Firefox hasn't worked out better, but if they only keep 2% of the search market, it's a pretty big deal," said Mark Ballard, director of research at Merkle RKG.

Yahoo Gemini in Q4 accounted for 27% of all mobile Bing and Yahoo ad clicks for advertisers. Bing Product Ad share doubled from Q3 to Q4, accounting for 7% of all Bing Ads paid-search clicks for participating retailers. Product Ads produced 14% of non-brand clicks among the same programs, per the report.

Not all bad news for Google. Overall, Google paid-search clicks rose 12% YoY in Q4 and CPCs rose 7%. The product listing ads (PLA) format continued to take Google search volume share from text ads in Q4, reaching 30% of all retailer ad clicks. Google turned up the heat on PLAs, giving them greater prominence in 2014 by often serving them above organic listings, rather than confining them to the right rail, per the report.