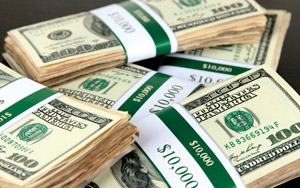 Microsoft Bing passed 20% market share on desktop in the U.S. for the first time in March, per comScore. The shift in search query volume on Bing could tow marketing dollars along with, as brands spend more of their budget in search marketing, though the rate of growth continues to slow.

Google and Yahoo slipped 0.1 percentage points, while Bing squeezed out a 0.3 percentage point gain. For Microsoft, the uptick means one in five searches in the U.S. use its engine. Despite the positive sign for Microsoft, Google still controls the overwhelming majority of desktop search, with 64.4% of the U.S. market.

Search volumes at all the major engines saw growth, which bodes well for paid search marketers looking for higher volumes of search queries in which to match paid search advertisements.

During a Raymond James Equity Research investors call in April, Merkle RKG told investors to watch growth from Yahoo and Bing driven mostly by an aggressive push in product ads this year. iProspect expects to see between 15% and 20% year-on-year growth in spend by advertisers. They also expect growth from Google, with some share going toward vertical sites and apps.

Similarly in March, an IgnitionOne released numbers identifying growth for the Yahoo-Bing network. U.S. search market share in Q1 2015 rose to 26.9% of spend vs. Google's 73.1%. The numbers show the highest market share for the Yahoo and Bing and lowest share for Google since Q3 of 2008.

Mobile search on smartphones and tablets continues to grow, too. Last week, comScore released U.S. smartphone market share for February. Some 186.3 million people in the U.S. owned smartphones during the three months ending February 2015, up 5% since November.