CBS Says Its Viewers Are Bigger Consumers Than Rivals 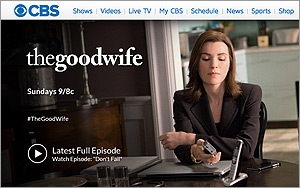 Heading into the upfront marketplace, CBS now claims No. 1 status across virtually all consumer product categories.

In new analysis using data from Nielsen Buyer Insights and Rentrak Polk Automotive, CBS says its prime-time lineup delivers more consumers who purchase a wide range of products than any other network -- including all automotive categories, moviegoers, financial, restaurant, retail, and travel.

“The premium shows that will deliver the most reach against the product users for advertisers are mostly on CBS,” David Poltrack, chief research officer of CBS Corp, told Media Daily News. “What separates us from the other guys is that we have the audience.”

For example, CBS says it has more top 20 shows with moviegoers than other networks. For those frequent moviegoers, CBS has 10 shows to NBC’s 3, ABC, 4, and Fox's 1.

“We are going to be fashioning our recommended schedules to these advertisers based on comprehensive and precise marketing,” says Poltrack.

Still, the media-buying currency of the upfront will not change for CBS.

“We expect the transactional aspects of the marketplace to continue be based on age/sex guarantees,” says Poltrack. “For if the market to run more smoothly across all product and categories, that is necessary.”

Still, he says: “Actual conversations are going to be based on these product user definitions.”