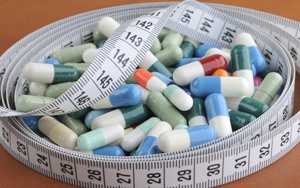 If there’s one thing for which Americans would love a quick fix, it’s weight loss. And if there’s one kind of scam the Federal Trade Commission pursues with a vengeance, it’s phony weight-loss products that are pitched as a miracle cure.

Since 2012, Sales Slash’s affiliate marketers used stolen email accounts to send spam emails to consumers that appeared to come from a friend or family member: “Hi! It’s incredible [link] or Hi! Have you already seen it? [link]; or Hi! [link] Oprah says it’s excellent!” The emails, sometimes with fake endorsements by Oprah or The Doctors, had links that took the consumer to a fake news site made to look legitimate, complete with a banner ad, which took a consumer to the web site where they could order the product.

Even the claims by ordinary consumers, like “Kristy Miami, FL” were suspect: 23 pounds lost in one month; 36 pounds in 9 weeks, 28 pounds in five weeks.

The FTC is ultimately seeking to recover money from Sales Slash, Purist Choices and Artur Babayan, (individually and as an owner), and Vahe Haroutounian of Prisma Profits, to provide refunds to consumers.

All five commissioners voted in favor of the complaint, filed in the U.S. District Court for the Central District of California.

The FTC has a long history of going after weight-loss scams. In the past 10 years, the agency brought 92 law enforcement actions challenging false and unsubstantiated claims for weight loss products. Since 2010, it has collected $140 million in consumer restitution. The FTC’s largest take down was the “shake-shake-shake” powdered product, Sensa, which settled a record $26 million.