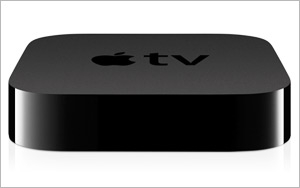 Data from online video viewing will become another coin in the coffer, but Google with its Android operating system, Chrome browser, and Chromecast dongle has yet to fully capitalize on the shift. In fact, data released Thursday suggests the Mountain View, Calif. company trails behind Apple, whose devices hold the majority of the viewing market share. Losing data to Apple could cost Google search and ad targeting market share.

Broadcasters and brands are beginning to realize that data from video views helps to identify trends and understand consumer preferences to better target advertisements. As video viewing continues to rise, data from Adobe Digital Index (ADI) suggests that television viewership, and the data that goes along with it, belongs more to Apple than Google. The shift in dominance will create a potential challenge for the search giant as advertisers increasingly rely more heavily on a variety of media data to target ads. For Google it could mean fewer video viewership statistics to pull into the pool.

Apple devices control 62% of all the authenticated viewing, says Tamara Gaffney, senior marketing manager for Adobe Digital Index. "Broadcasters are finding most eyeballs come through an Apple device," Gaffney says. "If you're a broadcaster with limited time and budget to build an app, you're going to build it for Apple first," she said. "And that's why Google's not winning. I'm not saying that companies don't release apps for Android, but it's not their primary initial focus."

Apple iOS grew its share of video viewing from 43% to 47% YoY, further widening its lead. Android continues to fall behind when it comes to video viewing, but Google leads the browser wars. Chrome is becoming the browser of choice, growing faster than Apple Safari when it comes to viewing online videos. Google's Android and Chrome continue to grow faster than Apple's Safari. Google rose 18% YoY; and Safari, 15%, growing at the expense of Internet Explorer and Firefox. Microsoft could change that with its forthcoming Edge browser.