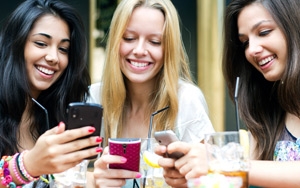 Some 65% of agencies in the United Kingdom agree native advertising addresses creative challenges in digital advertising, and 24% predict the majority of the spend for the media will shift to mobile by the end of this year, according to data released Tuesday.

Adyoulike commissioned the second annual survey that analyzes the view and uses of native advertising, a hybrid between paid search ads and product listing ads with images, by professionals at major media agencies and trading desks in United Kingdom. Participants in the study are from Starcom, Mediacom, Carat, Maxus, Mindshare, Maxus, Xaxis, PHD, OMD, and Havas, among others, according to the report.

Overall, U.K. agencies say native accounts for an average of 18% of their total digital display spend, but estimates could reach 26% in 2015.

The findings reveal all agency trading desks see programmatic native advertising as a major opportunity, but 64% of the survey participants at agencies see native as the best way to address the creative gap in mobile ads, improving the user experience and higher engagement levels seen as the primary benefits.

More than 72% of the 47 million of the digital audience in the U.S. access the Internet through more than one device, whether a combination of desktop and smartphone or desktop and tablet. Mobile now accounts for 56% of all time spent on the Internet, according to comScore.

Smartphones now drive the highest portion of digital media time spent amongst millennials, aged 18-34. In the U.S., they account for 61%; in Canada, 47%; and in the U.K., 50%, per comScore's report on how multi-platform audiences and engagements compare in the U.S., Canada, and U.K.

comScore's The Global Mobile Report compliments Adyoulike's findings that say more than half of the agency professionals participating in the report think native plays a fundamental role addressing the creative challenge in digital advertising, though getting past banner blindness is seen as the No. 1 factor in driving agency spend on native; with engagement, No. 2; and the opportunity for better creative, No. 3.