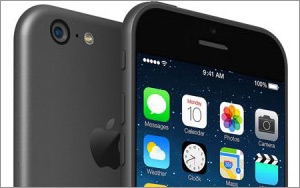 In a move that emphasizes the importance of natural language and voice to the future of search on mobile and desktop, SoundHound began allowing some users to test an application for iOS at its earliest stage.

Voice search will change the future of search engine marketing and advertising, from bidding to serving up content without initiating a manual search. Keyvan Mohajer -- founder and CEO of SoundHound, the parent company of Hound -- and his team have been working on voice technology for nine years. The technology has its roots in music search. In an interview earlier this year, Mohajer said that voice inflections and dialect will become more important, and paid-search advertising natural-language bidding will replace keyword bidding.

Depending on the search, the results return sponsored ads, paid-search advertisements, images, maps, and a list of articles pertaining to the topic of the voice search. Hound provides directions similar to Siri by allowing the app to access the microphone on the device. Similar to saying "Okay Google" to initiate a search on google.com, users say "Okay Hound" to start a search on Hound. Users can check on a flight, calculate the mortgage on a home, and provide directions from one location to another.

In early tests, the voice-search app performs well for more common questions like "hotels in the Los Angeles area with rooms costing between $200 and $300 per night," but still needs work to understand the inflection in some words and phrases like "dog groomers in Huntington Beach specializing in Wheaten Terriers."

The Hound app faces heavy competition from Microsoft Cortana, Apple Siri, and Google Now. Google announced Monday it developed an iOS app for Android Wear, the app available for smartwatches will connected to the iPhone, serving notifications, providing access to Google Now, and supporting voice search and fitness tracking. For now it only supports the LG Watch Urbane, along with all future Android Wear watches.

Since pairing Android Wear with an iOS device will provide a reduced experience, the benefits for third-party application providers like SoundHound to explore support for Apple's watch will become Google's limiting features for the Android Wear experience on iOS. The app will run the basics, but Google will not allow third-party apps to work, and no WiFi support for using the watch when far away from the phone.