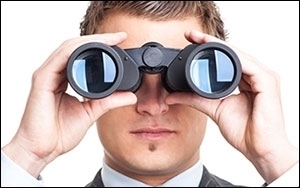 Google will introduce 100% viewable ads in the next few months, bringing all campaigns bought on a CPM into view across the Google Display Network (GDN).

The issue of viewability has long been a topic among advertisers and publishers. Google notes that around 56% of display ads never have a change to be viewed, but the problems around ad blocking exacerbated the issue.

Although the announcement doesn't say whether the latest metric will support ads blocked by browser-based ad-blocking software or the ones that sneak through whitelists, Google wants to ensure that media dollars are spent where they have the most impact.

Advertisers are tired of paying for ads that no one sees. Earlier this month, Facebook said that later this year it would begin selling 100% in-view ads in the sites News Feed. Similar to Google, Facebook provided no details on the requirement of how long an ad would need to remain in view before an advertiser gets charged.

Google also announced enhancements to GDN for display advertisers. Enhanced dynamic remarketing ads will automatically re-shape and size ads depending on the device serving the advertisement.

"If your logo is predominantly blue and yellow, AdWords may use these colors to shade the border and background of your ad," says Brad Bender, VP of product management of GDN. "We'll even try out varying color combinations and use the ones that drive the best performance."

Advertisers remain in control to make changes to the selections based on personal style and preferences.