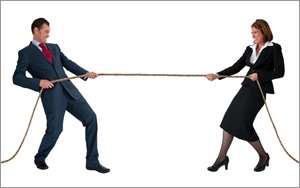 Paid-search momentum shows signs of slowing growth year-over-year (YoY) for desktop and mobile. Globally, paid search slowed by 75% in the fourth quarter of 2015, according to the Adobe Digital Index Q4 (ADI) released Friday.

Beck Tasker, managing analyst with Adobe Digital Index, points to economic forces at play such as the Chinese slowdown in late August, the cost of the Euro to the dollar, and the shift to mobile paid search, rather than desktop. "The fact that advertisers are purchasing more mobile paid-search advertising could cause a decline as well," she says.

ADI estimates the mobile cost per click at 26% less than desktop for the quarter, which could drive the average CPC down. While marketers spent more on mobile, paid-search clicks rose 35% in the quarter YoY.

Click-through rates rose in North America and Europe by about 14%. This means marketers are either shifting more of their paid-search budget into mobile, or if they find more funds in their budget than anticipated, they're redirecting it to other channels that have a larger return on investment.

Tasker says that during the holidays marketers went for the more personalized approach in either email of display advertising during the quarter. "My guess is they're seeing higher ROI from programmatic and personalization," she says. "Today, the shift from search to display and email is about 1%, but as advertisers start seeing those benefits they might start investing in those channels more."

She says advertisers might keep paid search stagnant or steady, so they don't lose any ground.

Google's global growth rate declined 38% YoY in the quarter, with 5% growth in 2015. The decrease occurred in Europe. The U.S. offset the decline.

Tasker says more of the advertising budget went into mobile paid search in the fourth quarter in 2015, compared with the prior year. Marketers dedicated 37% of their total search spend to mobile, overall, in the quarter, up 23% YoY. She points to ADI's number for mobile browsing at 41%, which indicates that advertisers have become more aware of how consumers use mobile devices to search for information.

Smartphones drove the growth, with a 51% increase of share YoY, compared with a 9% decline for tablets.

Interestingly, during the November and December 2015 holiday season about $1 in every $3 dollars in the U.S. from retailers came from search and display channels.