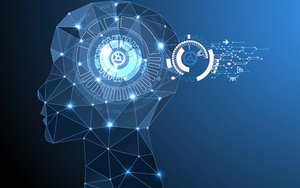 Pichai has said that Google went from a search-first to a mobile-first -- and now an AI-first -- company. Marketers will need to understand the impact of the technology on search advertising and in other media to better understand how to plan and map campaigns. It will automate applications and platforms, and make them smarter.

Zurich is Google’s largest engineering office outside the U.S., and is responsible for developing the engine that powers Knowledge Graph, as well as TensorFlow and the conversation engine that powers the Google Assistant in Allo.

NLP, most commonly used for search, focuses on algorithms that work across languages, and across domains. The technology is used across Google in many ways, impacting user experience in search, mobile, apps, ads, translate and more, with the syntactic systems prediction parts of search for each word in a sentence, as well as morphological features such as gender and number, according to the Web site.

Machine learning and AI can teach machines to reason and give them perception, similar to humans. Frank Chen, partner at investment firm Andreessen Horowitz, calls machine learning, artificial intelligence and deep learning some of the biggest technology shifts happening in the industry.

While the technology has been around for years, the breakthrough occurred in 2012 when Google set up a 1,000-server neural network and took 10 million YouTube videos, extracted raw 200-by-200 pixel still images from the videos, fed it into the system, and gave it a week for the servers to digest the data. The engineers wanted to know if the network could categorize the pictures in any meaningful way. It did.