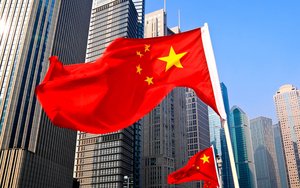 The revenue could be subject to an additional 3% tax for all ads bought on local engines and marketplaces.

The new tax could affect all online advertising, but especially take a bite out of earnings for companies like Baidu and Alibaba Group Holdings, as well U.S.-based Google, Microsoft and Yahoo.

The new regulation tax surfaced in Baidu’s April 20-F filing to the Securities and Exchange Commission.

At the time, the company wrote that it made substantially all its revenue from online marketing services, including pay-for-performance, or P4P, services, according to one report.

On May 9, China's authorities concluded that Baidu's search algorithm influenced Wei's media choices and the fairness of his objectivity in search results.

Officials say that ads for products or services that make false promises or are misleading are illegal. Certain ads must pass Chinese approval first. Ads cannot occupy more than 30% of the search results page, per a report, which states it could make Google rethink ad positioning in search engine query results.

The new guidelines state that text, images and videos containing information promoting goods or services and hyperlinks are considered online advertising. "The new rules said Internet companies that fail to label promotional content as ads will be fined up to 100,000 yuan per violation," according to one report.

Caixin also reports the policy prohibits email operators, such as Mail.163.com from embedding ads at the bottom of emails.