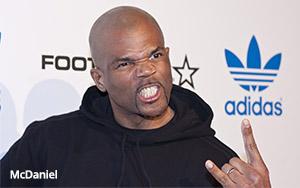 Trademark infringement can cost brands millions of dollars. Perhaps that is why Former Run-DMC hip-hop musician Darryl McDaniels filed a lawsuit against some of the biggest retailers in the world.

McDaniels is suing Walmart.com, Amazon and a handful of other retail sites for $50 million, claiming that the companies have illegally profited from the brand. Reports suggest that retailers are adding the now disbanded band's logo on everything to make people want to buy the items.

The lawsuit alleges that "retailers have improperly profited, diluted and harmed the Run-DMC brand, which it said has generated more than $100 million in revenue since its inception in the 1980s," per Bloomberg.

Brands continually monitor trademark infringement on everything from Web sites to paid-search advertisements running on Bing's and Google's search engines.

In early December, The Search Monitor, which monitors paid-search ads for trademark infringement, ran a blog post highlighting five top actions that brands can take to help monitor online resellers. One suggests identifying unauthorized resellers, starting with Amazon, due to the number of resellers in its network, while another suggests keeping an eye out for counterfeit goods.

The post also recommends monitoring search engines, landing pages and other reseller sites at least weekly for these violations, along with sneaky places where violations can occur, such as mobile sites and remarketing ads.