Forecast: Nearly 80% Of U.S. Display Spending Will Be Programmatic 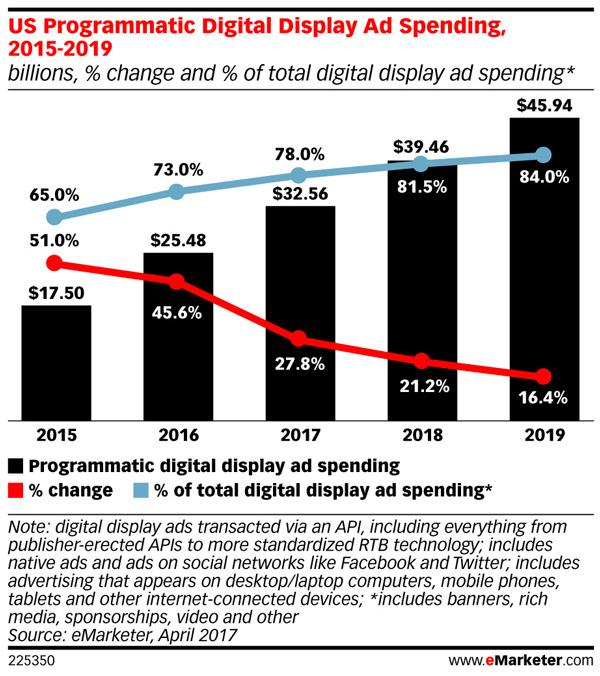 Despite the fact that programmatic media and ad tech, in general, have received a thrashing in recent months, spending on programmatic display advertising is projected to reach nearly $33 billion in 2017, according to eMarketer’s latest forecast. In fact, the digital researcher estimates that nearly four of every five U.S. display ad dollars will transact through programmatic pipes this year. Further,  that figure is expected to increase to 84.0% by 2019.

Notably, eMarketer finds that direct deals are also popular for native advertising, asector that’s newer to programmatic. Not counting native ads placed on social networks, less than half of all U.S. native digital display ads are projected to transact programmatically this year. As more publishers move to programmatically driven native ad formats, such as in-feed ads and in-stream or in-article video, advertisers are eager to access them privately.