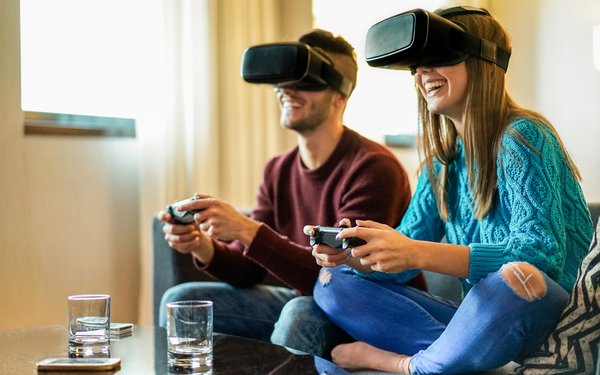 While advertising in virtual reality is hardly a mass market reality, some new insights are indicating that there are some ways of doing it better than others.

In a test of ads inside a virtual reality game, researcher found that some formats were more effective than others.

Biometric measurements were taken from a sample of three ad formats seen by a panel of 54 U.S. adults.

The study, conducted by YuMe, with Isobar, Rlty Chk and Retinad, was aimed at learning the ad recall rates over a 24-hour-period.

Pre-roll came out on top both on aided and unaided recall. Here’s the rate for aided recall:

As might be expected, un-aided recall of ads was a bit lower, but the patterns remained the same. Here’s the unaided recall rate:

The good news for the prospects of VR advertising is that most (74%) found the experience less intrusive than digital advertising and most (69%) said the ad was well integrated.

Brand recall in VR gaming was high across all ad formats but only video maintained high ad recall the next day, with unaided recall of the ads overall at 30%. Pre-roll topped that category as well, with 43% unaided recall.

This may be one early indicator that at least some form of advertising can be effective in some forms of virtual reality.