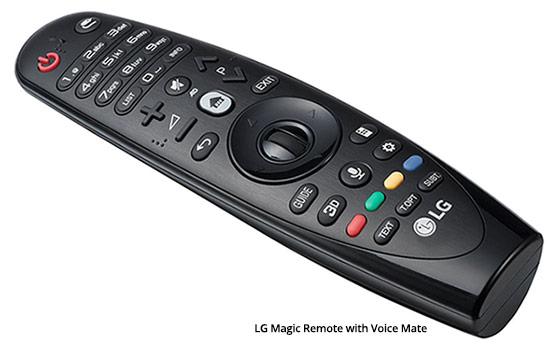 At CES last year, voice was a big deal.

Primarily, companies were introducing ways that their product or service could be activated or interacted with through Amazon’s digital assistant Alexa.

At CES in Las Vegas starting Tuesday, voice again will be highlighted, but in different ways.

ThinQ will allow the TV to received hundreds of voice requests via LGs open smart platform, as well as through third-party AI services.

With AI in the TV, LG TV owners can speak directly into the remote control to control the TV.

However, ThinQ also can function as a smart home hub, providing access to other smart home products, such as smart lights, smart speakers and robotic vacuums. These then could be connected to the TV via Wi-Fi or Bluetooth, giving the consumer voice control of the devices through the TV remote.

This isn’t the first innovation using a remote for voice-controlling TV programming.

The Amazon Prime Video remote has voice controls so that a movie can be found by speaking the title while pressing the microphone button.

Voice commands on devices from Comcast Xfinity Home also recently evolved, transforming the TV remote to more of a voice hub for the home, as I wrote about here recently (Smart TVs Join The In-Home Digital Voice Race).

LG is using natural language processing based on its own deep learning technology DeepThinQ. Consumers can verbally search for information, video or images featuring specific content, such as ‘show me surfing videos’ or ‘show me all the movies this actress appeared in’ or ‘turn the TV off when this program ends.’

Voice control looks to be a feature in even larger TVs from LG.

Earlier in the week, LG Display announced that it would show the industry’s first 8K, 88-inch OLED (organic light-emitting diode) screen at CES, which was widely reported. The technology reportedly will provide four times the resolution of panels in 4K screens.

Not to be outdone, LG rival Samsung has scheduled a press conference for next week and it already has a lineup of smart things.

And voice-enabled ceiling light fixtures are being introduced by GE’s C by GE portfolio, so consumers can speak to voice assistant through their ceiling lights.

In an attempt to simplify the spaghetti of voice assistants in the home, Boston-based Nuance will be launching a ‘cognitive arbitrator’ at CES.

The cognitive arbitrator listens to voice commands and then routes them to the specialized assistant, such as Amazon Alexa or Google Home, to do the task.

New and evolved types of digital voices will be heard at CES next week and then consumers will start seeing some of these during the year.