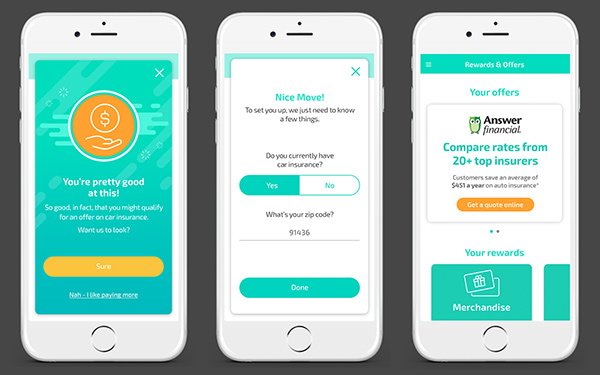 While the number of connected cars is growing by the day, an ad network is now being launched by Allstate companies to target drivers. The catch is that rather than using the IoT technologies starting to come in cars, the network plans to leverage the driving patterns of people through smartphone apps.

Billed as the first telematics-based advertising network, Answer Marketplace plans to connect insurance advertisers with millions of drivers via a network of publishers’ apps.

The idea is to use a person’s driving behaviors, locations and habits -- captured via mobile device -- to provide more relevant messaging to drivers who opt in. For example, for an ad to be displayed, a user would have to be logged into the app and have completed a certain number of trips.

The network is being created by Answer Financial, an auto and home insurance agency that insures more than 3 million vehicles and homes.

The IoT twist here is that the ad network is being powered by Arity, a telematics and Internet of Things company founded by Allstate, which also owns Answer Financial.

Arity uses data science and predictive analytics on top of its 30 billion miles of driving data and more than 1 million active telematics connections. Developers are allowed to tap into that data, increasing the capability to understand and predict driving risk, courtesy of Arity.

“We’re device agnostic,” Darren Howard, senior vice president and chief marketing officer of Answer Financial, told me. “We look at ourselves as a gateway.”

Answer Financial has partnerships with more than 30 insurance providers who will be allowed to market through the gateway.

A wealth of driving data, such as acceleration, speed, location, braking and time of day, could be captured and a driving score calculated. Suggestions also can be sent back to drivers with recommendations based on their driving patterns.

Advertisers could bid on various categories, such as miles driven, Howard said. Mobile apps already set up in the network include Life360, a leading family location and driving and safety app, and the driving reward-based Streetwise.

Initial advertisers targeted are auto insurers, but Howard said they are not placing restrictions on types of advertisers.

This means that at least conceptually, a retailer or restaurant could bid on drivers who pass their locations a certain number of times a week, at specific times, have a propensity to stop during trips and are rated to be a certain type of driver. Other marketers, such as car dealers or car repair services, may also want to get in on the act.