Amid A Glut Of Good News, Chipotle Hit By Another Food-Safety Closing

Holy guacamole, there’s a lot going on this morning at Chipotle, where, in fact, the guac will be free today — “with qualifying orders” — in commemoration of National Avocado Day.

The bad news is that the stock slid nearly 4% in after-hours trading following reports surfacing that several people had fallen ill after eating at a Chipotle outlet.

“Our protocols identified a handful of illness reports at one restaurant in Powell, Ohio,” Chipotle spokeswoman Laurie Schalow tells CNBC’s Carmin Chappell. “We acted quickly and closed this single restaurant out of an abundance of caution and we are working with the local health officials to reopen this restaurant as soon as possible.”

“The illness reports come from iwaspoisoned.com, a website that consumers use to lodge complaints of what they believe to be foodborne illness,” reports JD Malone for the Columbus Dispatch.

“The website, which is run by Patrick Quade, has six reports, alleging 12 people became sick this past weekend after eating at the store. Three of the complaints were filed Monday, two on Sunday and one is from Saturday. One of the complaints said a family of four ate there this weekend and three of them became ill.”

Reuters reminds us that “a series of high-profile food safety lapses in 2015 has bruised Chipotle’s reputation and stock price. Last July, Chipotle retrained kitchen crews on food safety after identifying a sick employee as the cause of a Norovirus outbreak that forced it to briefly close a restaurant in Virginia.”

The disconcerting news is coming off a very successful second quarter, as detailed in the company’s earning call with analysts last week recorded here and transcribed by Seeking Alpha here.

“Sales at stores that have been open for at least a year grew 3.3% last quarter, exceeding Wall Street's expectations,”  CNN Money’s Nathaniel Meyersohn reported last Thursday. “After struggling for much of the past three years, Chipotle has been on a tear under Brian Niccol, the former Taco Bell CEO who took over in March. Chipotle's stock is up close to 55% this year.”

Some of that success is attributable to a digital app that is growing at a phenomenal rate, says Mark Wilson in Fast Company.

That’s “particularly notable because, until recently, Chipotle had a very limited digital strategy. In 2017, the company invested in a revamped app, and began building a new digital backend into its stores. That strategy is paying off faster than any analyst could have imagined — even though some of us might consider ‘the app’ to be an anachronistic panacea for business woes in the modern era, a fix from the year 2010,” Wilson writes.

Also on the positive side, Chipotle is the lead anecdote in a New York Times piece this morning about what it means to be a “lifestyle brand,” an aspiration for the Denver-based company that new CMO Christopher Brandt outlined in a conference call last month, reports Sapna Maheshwari.

“When you walk down the street with a Starbucks cup, it can be a badge for people, it says something about you,” Brandt tells Maheshwari in an interview. “That’s when a brand transcends being a utility and becomes a more special, integral part of a consumer’s life.”

“The ideal relationship between customer and brand, in this view, is almost personal,” Maheshwari writes.

“You kind of make an evolution from having fans of your brand to people being friends with the brand and inviting the brand in, wanting to see the brand do different things and talking to the brand in a different light,” Brandt said. “Not just — ‘I went to Chipotle.’”

Not just “I went to Chipotle and the avocado sauce was free today!” either.

“As any Chipotle customer knows and probably heard many times before, ‘guac is extra’ under normal circumstances at the burrito chain: The famous phrase is even on T-shirts,” writes Brad Tuttle for Money.

I know, I know. You could have sworn you’ve celebrated the fatty-but good-for-you green fruit later in the summer in past years. USA Today’s Kelly Tyko clears it up: Today’s National Avocado Day “was founded in 2017 by California-based Model Meals delivery service. It shouldn't be confused with National Guacamole Day, which is Sept. 16.” 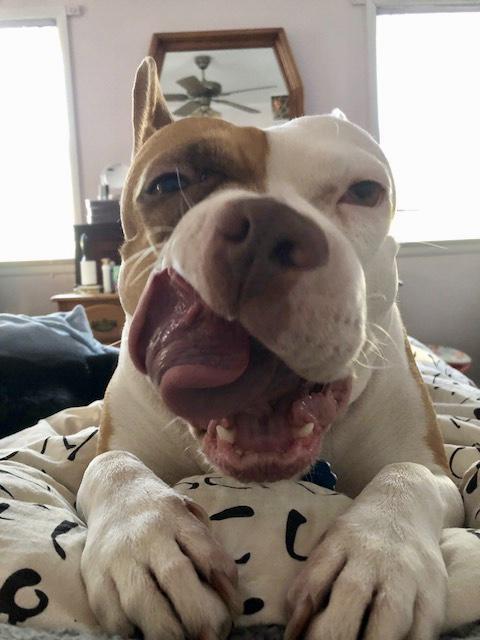 1 comment about "Amid A Glut Of Good News, Chipotle Hit By Another Food-Safety Closing".
Check to receive email when comments are posted.
Next story loading