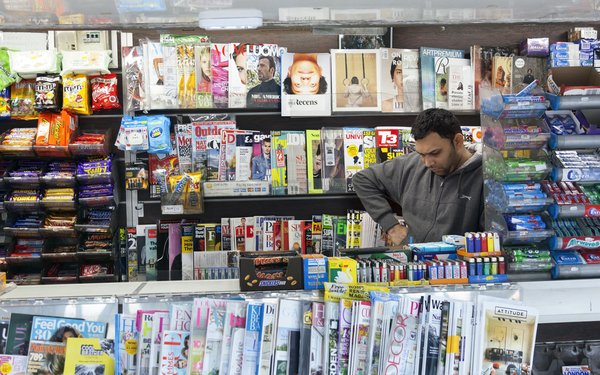 Reported print magazine ad spend by the top 50 marketers fell from $6.5 billion in 2016 to $6.1 billion last year, according to the MPA - The Association of Magazine Media’s annual Factbook released in June. That’s a 6.4% drop, according to new analysis by WWD.

MPA noted on Wednesday that while the data shows Pfizer did spend less in print advertising in 2017 compared to the year prior, full ad spend numbers from data and marketing consultancy Kantar shows that Pfizer’s ad spending decreased overall — not just in print.

Publisher 's Daily reported last month that the number of print advertisers fell by 13% from January to April 2018, according to analysis by ad sales intelligence platform MediaRadar.

Those advertisers did not move from print to digital, however. Nearly all brands that stopped spending in print from January to April did not pay to advertise at all during those four months.

“While this analysis disproves that advertisers are moving in droves to digital, it does raise a question about the quality of the overall market for advertising,” Todd Krizelman, CEO and cofounder of MediaRadar, told magazine expert Samir Husni (known as “Mr. Magazine.")

Brands advertising in magazines raise brand awareness and purchase intent, according to the MPA report.

Meredith Corp., for example, experienced an average sales lift of +12% ROI for all measured categories advertised in its print magazines.

MPA found that 65% of readers take action after seeing a print magazine ad.

For the past 10 years, the total number of consumer magazines has surpassed 7,000.