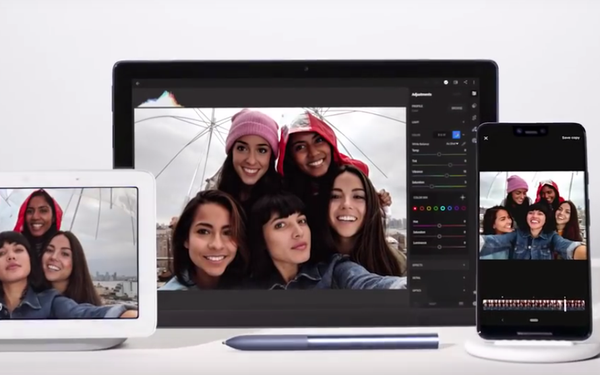 Google showed off its new Pixel 3, Pixel 3 XL phones and the new Pixel Slate, along with a passel of other Google and Pixel-branded products, earlier this week.

“A Few New Things Made By Google” was big news for tech watchers as Google, and a reminder that Google -- once on the service end -- is a fully established hardware marketer too.

Google also announced that the new stuff will be on display and for sale at seven b8ta stores that are separately owned by the startup retailer, which will serve as demo showcases for its connected-home type products.

B8ta locations seem to be retailing’s latest flavor, located in all the places you would imagine -- New York, Chicago, Santa Monica, Seattle, San Francisco -- and a few other big cities.

In addition, B8ta operates 70 stores-within-a-stores at Lowe’s locations. The places serve as a hub for smart products displayed the way consumers might use them in their homes. The hired help are called “B8ta testers.”

Google is no stranger to retail, of course. The company will also open pop-up stores in Chicago and New York, as it did last year, essentially acting as showrooms for Pixel (and other brands, too).

The Google pop-ups open on October 18, the same day the new products are available, and they are due to close New Year’s Eve.

Consumers in some locales will be able to order remotely and have Pixel products delivered, within minutes, via the new Google Enjoy service. So even in that “last mile” of retailing, Amazon and Google seem to be going head to head.