The Perception And Reality Of Multicultural TV Ad Bias 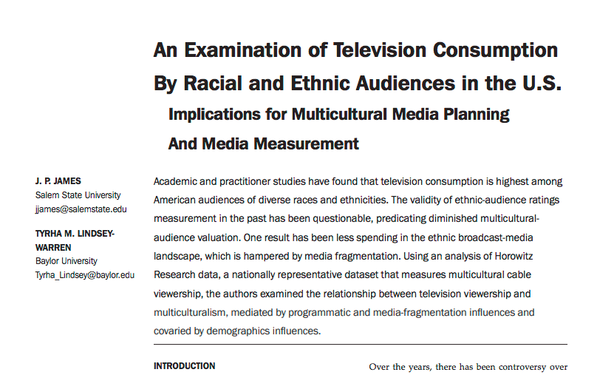 If there’s one thing I’ve learned in four decades of covering the ad marketplace, it’s that the perceptions advertisers have about the value of reaching consumers often outweigh the reality of the returns on their media buys. The reality is that people are human, and humans have biases that shape how they perceive the value of things -- especially media buys.

The phenomenon may have been best epitomized -- and utilized -- in a trade ad campaign by Rolling Stone during the 1980s, with the tagline “Perception vs. Reality,” which rubbed it in the faces of advertisers and agency executives showing that they had a bias that the magazine’s readers were burned-out hippies instead of upwardly mobile yuppies.

New academic research published recently in the wonky but influential Journal of Advertising Research seeks to dispel similar myths about planning and buying television in order to reach increasingly valuable audiences: multicultural ones.

The research is bound to rub an old sore for TV planners and buyers: that they are biased against multicultural media and undervalue targeting minority audiences explicitly. Noting that advertisers historically pay lower ad rates for TV networks targeting multicultural audiences, partly because they perceive that minority viewers are easily and cost-effectively reached via general market networks, the researchers maintain that digital media -- especially mobile -- has exacerbated the fragmentation of multicultural viewers, because it makes it easier for them to access programming genres that appeal to them, or what the paper’s authors refer to as “uses and gratification theory.”

That’s academic speak for the notion that people watch programming, not networks, and that digital technology is making it easier for them to find the shows that gratify them independent of the networks that televise them.

The research backs that thesis up and makes the case that it is more effective to target multicultural audiences via program genres than via television networks.

“Genre platforms should be evaluated instead of networks -- in particular for ethnic consumers -- hence the role of and the need for context planning,” the paper’s authors -- Salem State University professor J. P. James and Baylor University professor Tyrha M. Lindsey-Warren -- write, adding: “A total market approach to media planning, whereby multicultural and general-market segments are viewed as one segment with cultural nuance addressed in the tactics, is appropriate to improve targeting, message rotation and scheduling, media buying, and return on investment metrics for the ethnic population.”

The thesis is legit and their research is sound, but where the authors fail is when they imply that the ad industry is economically biased against multicultural TV programmers. Yes, it is true that the ad industry has historically paid lower CPMs for minority-focused programmers -- African-American networks like BET or Spanish-language programmers like Univision and Telemundo. But the real reason is not because of a multicultural bias or a flawed approach to media planning and audience targeting.

The real reason is simple marketplace dynamics that demand has not outstripped supply and the first goal of any ad budget is to buy the most effective media for the lowest possible cost.

In other words, the “perception” is that Madison Avenue is biased against multicultural programmers, but the “reality” is they are just exercising the economic principles of supply and demand. 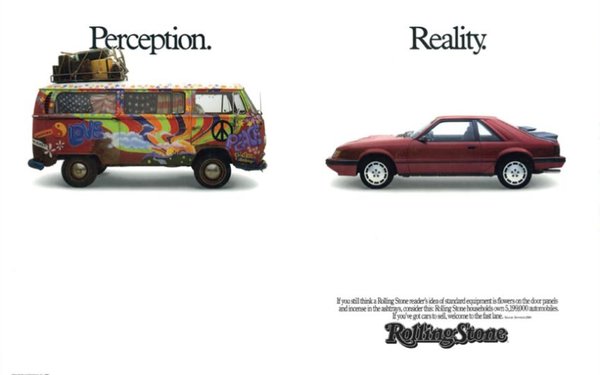