ANA: Over Three-Quarters Of Our Members Have In-House Agencies 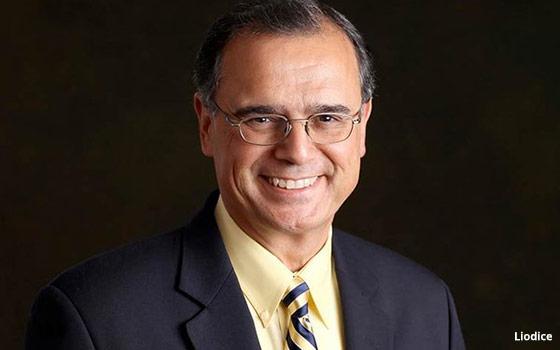 The number of marketers with in-house agencies has grown sharply over the past five years, according to a new study from the National Association of Advertisers, based on a poll of its members. 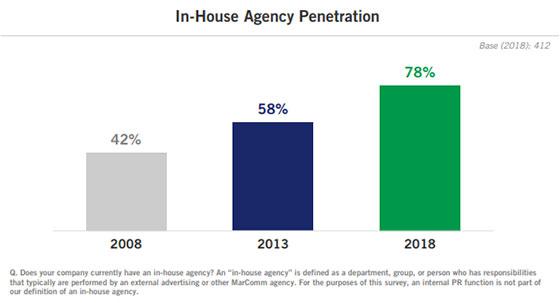 The survey revealed that in-house agencies provide a range of services, including strategy, creative for both traditional and digital media, and media planning and buying. Services that have grown significantly over the past five years include creative strategy, media strategy, social media (both creative and media), and programmatic media buying.

"This report makes clear that the work being done by in-house agencies is no longer confined to 'low-hanging fruit' such as collateral/promotional materials and internal videos," said ANA CEO Bob Liodice. “Traditional agencies are becoming increasingly challenged as marketers move more work in-house while encouraging their external agencies to provide differentiated services and increased value. We expect the current trends to continue, with accelerated client movement to in-house agencies."

The report comes amid a period of strained relations and declining trust between advertisers and agencies. Last week the ANA confirmed that the Federal Bureau of Investigation and the U.S. Attorney’s Office For The Southern District Of New York had launched a criminal probe into media-buying practices. The Bureau came to the organization for help in identifying potential victims of fraudulent media-buying practices and the ANA’s CEO Bob Liodice issued a letter to members suggesting steps they might take if they believe that they are victims.

That investigation follows a scathing report from K2 Intelligence commissioned by the ANA in 2016 that highlighted sketchy media-buying practices such as accepting rebates from media companies for spending client ad dollars with them without informing clients.

Commenting on the ANA study, Pivotal Research senior analyst Brian Wieser wrote in a client note that the growth of in-house agencies may be a factor in decelerating external agency revenue growth, but likely not the biggest factor.

“From our vantage point," Wieser noted, "we have observed that reduced spending on creative services in general paired with enhanced contract scrutiny on media agencies are probably the biggest factors impacting the business. Of course, both those trends overlap with aspects of in-housing.”

Respondents to the new ANA study said that cost efficiencies were the primary benefit of moving agency services in-house, followed by better knowledge of brands, speed and nimbleness, and institutional knowledge.

Nearly 80% of respondents expressed high levels of satisfaction with the work of in-house resources, with 37% indicating they were “completely satisfied” with the work being done by these teams.

That said, the survey also showed that 90% of respondents still work with external agencies.

The study also found that:

The study also indicated that there has been a marked increase in the amount of specialty services offered by in-house agencies in the past five years.