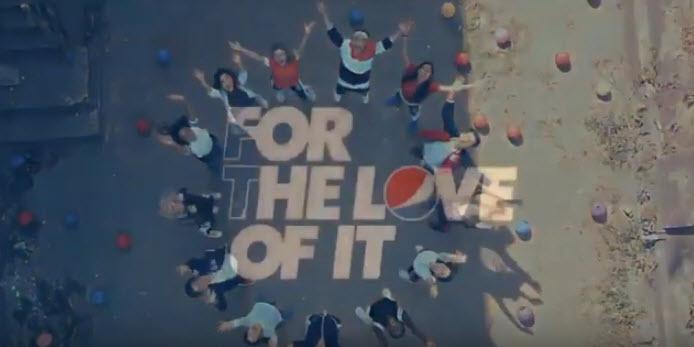 PepsiCo will return to the Super Bowl this year with three, 30-second spots for Pepsi, Doritos and Bubly.

Goodby, Silverstein & Partners is the lead creative agency for the ads, but PepsiCo isn’t yet revealing specifics about their creative.

PepsiCo saw its North American Beverages sales increase 2% during 2018’s third quarter, after four consecutive quarters of declines -- reflecting increased marketing spending for Pepsi and other brands, as well as the popularity of healthier beverage brands such as Pure Leaf, Lifewtr, KeVita and Bubly. Bubly, launched last February with dual ads on the Oscars, has been projected to exceed $100 million in sales in its first year.

According to industry reports, CBS is charging more than $5 million per 30-second Super Bowl slot this year. Pepsi also gets 10 seconds of ad time in pregame programming as the sponsor of the Super Bowl halftime show.

The show’s featured performer has yet to be officially announced. Although Maroon 5 has reportedly been booked, PepsiCo is said to be struggling to finalize a lineup because big-name performers are declining to participate so as to show solidarity with Colin Kaepernick, the NFL quarterback who was fired for protesting police brutality against minorities by kneeling during The National Anthem. Rihanna and Cardi B are said to be among those who have declined to perform, and Maroon 5 is under pressure from fellow performers and civil rights groups to back out.

New Global ‘For The Love of It’ Campaign

In other PepsiCo news, the company has announced a new global marketing platform for Pepsi, to span more than 100 markets.

Taglined “Pepsi, For The Love Of It,” the new platform will be reflected on packaging, as well as TV, digital and out-of-home advertising.

A core launch element is a sponsorship deal with Now United, the international pop group made up of 14 singers and dancers from 14 different countries.

The group, formed by Simon Fuller, creator of “American Idol” and manager of the Spice Girls, has filmed a 16-second video (below and above) and recorded a jingle for the new messaging.

Pepsi teamed with the Spice Girls in the mid 1990s on a campaign that spanned CD releases, concert ticket giveaways and other promotions — and Fuller is promising that the Now United/Pepsi team-up will include “unique and extraordinary events,” as well as music video and digital content, according to Billboard.

The partnership has already resulted in a popular new track of “How We Do It” featuring Now United and Indian rapper Badsha, Billboard reports.

“For the Love Of It” replaces Pepsi’s first global campaign, “Live For Now,” launched in 2012.