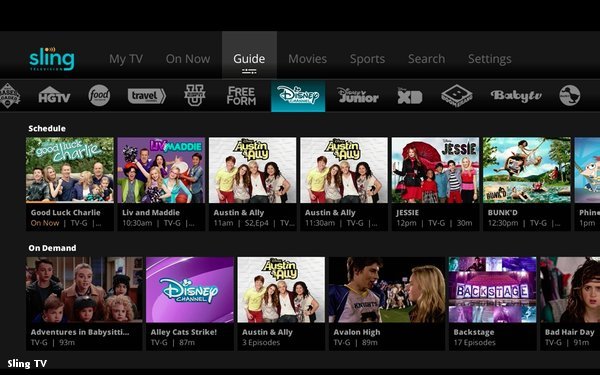 Dish’s Sling TV service is running a promotional campaign that slashes its subscription prices by 40%. The campaign comes as subscriber growth has slowed for the streaming service, with newer competitors spending big to secure marketshare.

Sling’s promotion is tied to tax season; it offers 40% subscription prices for the first three months.

After those three months, pricing returns to normal levels. Promo pricing is $15 per month for Sling Orange or Sling Blue, or $25 per month for both. The company typically offers one free week of service, before charging its normal monthly rate.

That slowdown coincides with a renewed push by competitors like YouTube TV and Hulu with Live TV, not to mention startups like Philo and Fubo TV.

At the same time, the economics of streaming bundles have been wearing on Sling and DirecTV Now, the other streaming competitor spun off from a satellite TV company. Both have raised their prices over the past year in an effort to shift toward profitability.

Executives at DirecTV parent company AT&T have said its plan is to ultimately raise the price of its streaming service to the $50 to $60 range, while offering less expensive and much skinnier content offerings alongside it.

Sling TV executives have touted their targeted advertising business, but it is unclear whether that business is ready to make up for the slower subscriber growth.