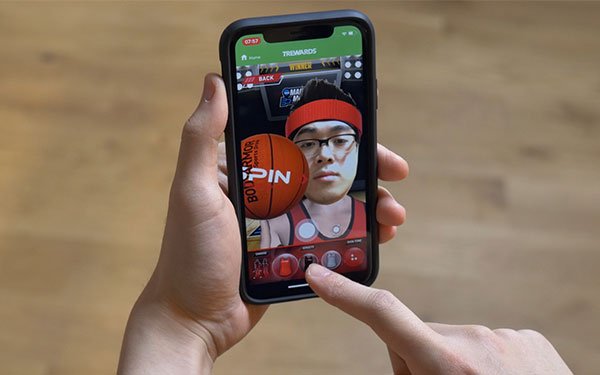 Augmented reality in the 7-Eleven mobile app is being tapped for experiences relating to March Madness.

The retailer last year launched AR experiences to stores across the U.S. and Canada to promote the release of "Deadpool 2," as I wrote about here at the time (7-Eleven Taps Augmented Reality For ‘Deadpool 2’ Promo).

One allows a consumer to take a selfie drinking a BodyArmor sports drink and the other creates a world-tracked mini-game of three-point shots that can be played against an opponent.

There is a non-AR version for Android users, since it was created with ARKit for Apple devices.

Implementations like these are gradually introducing the public to augmented reality, where all that’s needed is a smartphone. The app will run through April 10, giving college basketball fans plenty of time to get a taste of AR.