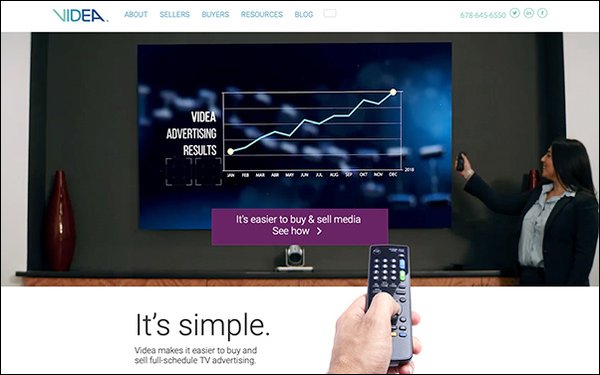 The forecasting TV ratings tool is available to all media agencies, even if they haven’t done business with the company.

The company says estimating local TV ratings is one the most difficult efforts for media sellers and buyers.

Shereta Williams, president of Videa, stated: “It’s also one of the most important parts of tracking the future performance of a campaign. When they are inaccurate, increased makegoods and more under-delivered spots can result.”

Videa says its tool, based on four years of impression data from Nielsen or Comscore, uses machine learning and computer algorithms to aggregate impressions.

From this, it can then isolate factors contributing to impressions and program share -- by market, station, daypart, week, day of week, time and program. From this, Videa determines viewership patterns.

Williams told Television News Daily in January that she believes programmatic/automation deals “will be one-third or more of TV spend in a few years.”

Videa's current footprint has 636 TV stations, in 169 markets, with an average 90% reach across 85.4 million households.