Doritos Drops Brand And Logo For Color, Ingredients -- Can Search Do The Same? 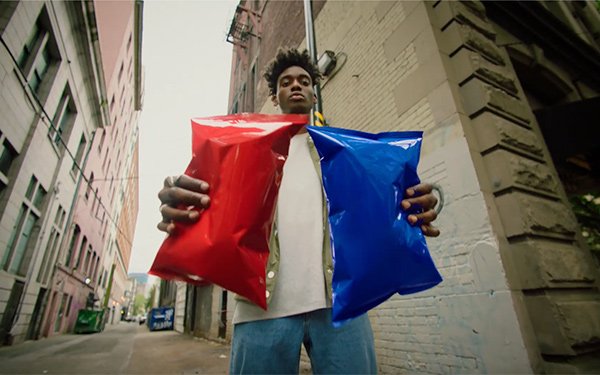 Would consumers recognize brands if they dropped their name in organic and paid-search marketing and advertising campaigns and focused on color and descriptives, using only their brand-name terms to target consumers?

Searches on the term “red bag of tortilla chips” on Google Search and the majority of the images returned will be related to Doritos. Replacing the color in the query with any other, including “blue,” will not yield similar results.

Doritos’ packaging and ingredients have become synonymous with the color “red” -- so much so that its parent company PepsiCo launched an "ad-averse” campaign targeted at Generation Z. The campaign removes all logos and mentions of the brand from digital ads, social media and television, and focuses on describing the taste and consistency or ingredients of the product, and the color of the packaging.

The campaign, dubbed “Another Level,” encourages consumers to create and share content. "People try to take their brands viral every day and the success rate is low," said Janel Laravie, CEO at Chacka Marketing. "The bigger concern here is, will they annoy their core audiences?  Do they potentially face backlash if Gen Z feels exploited for Doritos gain? Time will tell."

“You probably couldn’t create a campaign until you see the groundswell in social media,” said Acronym CMO Mike Grehan. “This is a good tactic for a brand that has iconic imagery and anchor terms to go with it -- cheesy, cool and spicy. From a brand favorability point of view it’s a good exercise to see what happens if you take out the branding -- what exactly do people say about your product when you can’t use branded terms or images.”

The implications for an approach like this can be detrimental to any SEM initiatives, said Mandy Stultz, paid search supervisor at Cogniscient Media. “On one hand, using the new URL to support SEM campaigns as redirect back into the Doritos.com original site is a fast-track to campaigns being automatically paused by the search engines,” she said. “On another hand and without a redirect, immediately switching domains across the board in any SEM campaign can wreak havoc, triggering campaign audits by the engines as well as altering quality score, and ultimately cost per click.”

Stultz said supporting two sites at the same time “begets a paid-search conundrum of identifying the right keywords to support each initiative from the start.” And then there’s the massive job of determining the keywords, while not creating a bidding war within the same organization.

Cogniscient Media SEO Associate Director Lauren Rockwell is primarily concerned with the domain change. “Even if temporary with a 302/301 strategy, altering a well-known domain could have long-lasting consequences,” she said. “Search engine bots need time to adjust to the switch as well as any content added or removed on the site. It takes time to recover 'lost' organic traffic during major site updates.”

Rockwell said if this is a temporary domain change, the expected down time will be doubled as the search engines re-crawl, re-index, re-rank the site as everything is switched back. Doritos could be looking at six months to a year of organic traffic recovery during and after this re-brand.

Apparently Doritos is joining the growing list of companies that removed their logo or brand name from their marketing materials to make a statement in a world where consumers would rather love the brand for their customer service, taste or what it stands for, rather than a trendy logo.

Mastercard this year removed its name from its logo as it promoted cardless digital payments. Mtn Dew partnered with HBO to celebrate the series finale of "Game of Thrones" by unveiling a white, brandless, limited-edition can -- A Can Has No Name. Diet Coke debuted label-free cans as part of an ad push to challenge stereotypes about class, race, gender and more.

Starbucks removed its name and the word "coffee" from its logo as the coffee chain expanded into other products and other colors to identify its brand.

Color has become incredibly important to brands. Will Google or Bing ever allow brands to change the color of the text in search results to call out their brand?

In 2016, Google tested new color for the links in its search. Rather than blue links, the search engine tested black links, even when someone had clicked on the links. In July 2019, Google was caught once again experimenting with link colors in search results.

Others also dabble in color. Starbucks, with more than $24 billion in revenue, sports new colors. The company’s internal team for the past year has been updating the brand’s colors. Now it has new guidelines — colors and typographic weights — to follow.

It’s too early to tell whether Starbucks' green will end up as a color for links in search results.