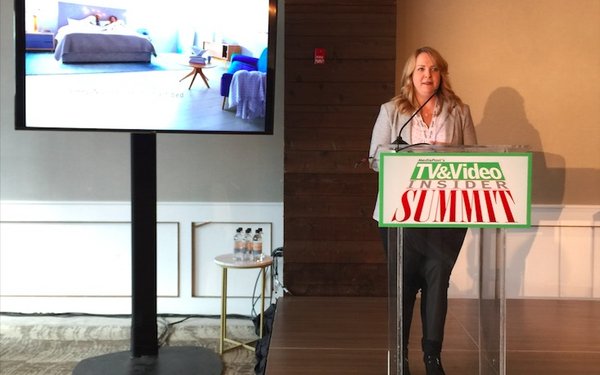 Sleep Number, which produces adjustable and smart beds, was creating short-form videos that were getting -- at the most -- 2,000 organic views. It needed to ramp up awareness of its mattresses and the technology build into each one.

Josie Warren, senior content producer at Sleep Number, told MediaPost's TV & Video Insider Summit in Montauk, N.Y., on Monday how the brand had created an Official Sleep and Wellness partnership with the National Football League in 2018.

Every active player is offered the chance to sleep on its 360 Smart Bed, with technology that tells them how well they're sleeping. Currently, more than 1,900 players have them. "We do believe sleep is key to peak performance and recovery," says Warren. "The NFL is the definition of peak performance."

The brand was on the floor at tent pole events like the Super Bowl and the NFL draft. And it was creating 30-second content for digital and telecast TV. It needed to create a deeper connection with viewers. So, it developed longer-form branded content with a three-part series about player Josh Jacobs and his road to becoming a running back for the Oakland Raiders in 2019.

An Alabama native, he was recruited by the state university's Crimson Tide. It was the first time in his life that he was given the opportunity to have his own bed. Heretofore, he had been sleeping in cars and motels with his father all his life. Yet, he chose the floor.

In the first of a three-part content series, Jacobs describes his love for the sport and how important it has been to his life. Sleep Number videographers were at the NFL draft in Nashville when Jacobs was recruited by Oakland two months later.

The videos are hosted on YouTube with content created to bring viewers to the landing page. It also created short for Jacobs to share on his social channels. Warren says a key to success was in becoming licensing partners with such entities as the University of Alabama, which allowed the brand to use game-day footage. "It was game-changing for us," she says.