The Walled Gardening Of TV 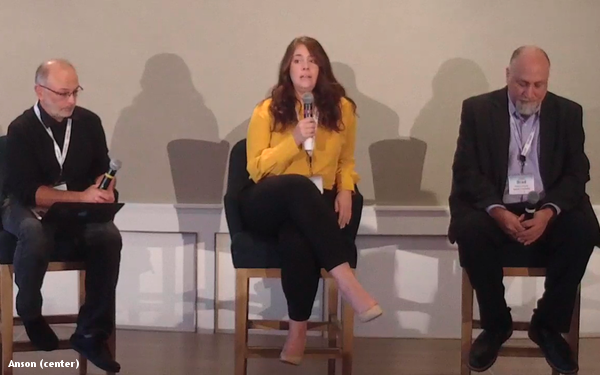 Madison Avenue loves bemoaning its love/hate relationship with digital’s big “walled gardens” -- Google, Facebook and now Amazon -- which hold both the access to audiences, as well as the means of targeting them -- and it looks like they’re poised to let the same thing happen with the next generation of TV.

Roku’s $150 million deal to acquire Dataxu, possibly the best independent DSP (demand-side platform) enabling OTT and connected TV, most likely will move transparency about audience targeting more to the supply-side -- and the demand-side seems resigned, if not okay, with that.

“I don’t think it’s good for anyone to make a walled garden,” Magna Global Director of Strategic Investment for Advanced TV Julie Anson said during a panel I moderated at MediaPost’s recent TV and Video Insider Summit.

It was her first reaction to the Roku/Dataxu deal, which has just crossed the wires as we were taking the stage.

While such consolidation may seem inevitable, it effectively takes the “D” out of DSP, moving it from the demand-side to a supply-side sales organization.

That’s “ironic,” Anson continued, noting that ideally, such mergers should remain market-neutral, but the minute a DSP’s accountability shifts from a buyer to a seller, that is likely to change.

“The platforms are actually the partners that can break those walls down, so it is ironic that when companies buy those platforms up, they are removing the beauty of a platform,” she explained, adding: “The beauty of a Dataxu is that they are agnostic. They’re not agnostic anymore.”

After 40 years of watching the trend move in that direction, I’ve come to the conclusion that Madison Avenue “neutrality” actually is not the most important thing on Madison Avenue. Simplicity and ease of use are. And when push comes to shove, media buyers -- and yes, even their clients -- prefer an efficient, scalable and easy-to-use solution, even if they lose market leverage.

And I believe that as the media marketplace becomes increasingly fragmented and complicated, they gravitate more to the ease-of-use side of that equation.

It therefore seems to me like a good time to invoke one of my favorite questions: Why doesn’t the U.S. advertising and media industry do what ensures actual neutrality in other markets around the world, and form a JIC?

JICs, or joint operating committees, are committees comprised of cross-industry stakeholders -- both buy and sell-side -- that come together to set the parameters of defining and measuring audience data so that everyone is on the same page.

It may be too late for the demand-side to assert that kind of marketplace leverage for most of digital -- barring regulation -- but with the still nascent OTT/connected TV marketplace, I believe agencies and clients still have the leverage, because they control the allocation of TV and advanced TV budgets.

It seems like a good time to begin leveraging that.

If not, I look forward to moderating panels about Madison Avenue’s frustration with TV’s walled gardens sometime soon.