VidMob Speaks Out About Its Not-For-Profit Division, Platform Used By YSFR To Launch Grassroots Fund-Raising Campaign 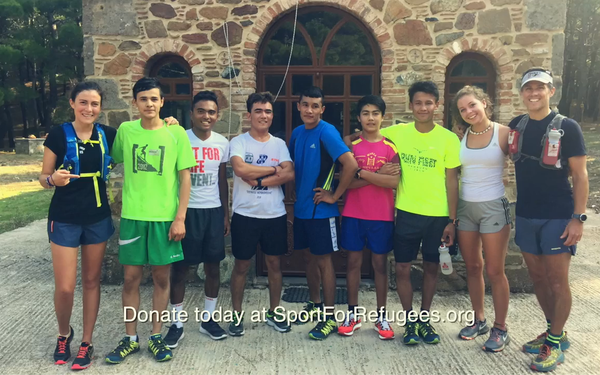 VidMob works with brands like Nilla Wafers and Netflix on their social media video campaigns, but last year it launched a not-for-profit division, VidMob Gives, which works with charities.

Now it’s ready to speak out about how a non-profit organization (NGO) called Yoga & Sport for Refugees (YSFR) that helps refugees at the Moria Camp in Greece used its platform to launch a campaign that delivered double the goal in half the time.

YSFR, founded by Estelle Jean, was in much need of sports equipment and supplies to support refugees at the Moria Camp.

Jean said sports is an escape for those who live in Moria Camp, which is run by the military. “People have the freedom to come and go,” she said. “We opened a nearby gym where refugees can come for free.”

Last year, YSFR welcomed nearly 3,000 men and women into the NGO’s programs. They held 3,964 classes — offering running, swimming, wrestling, CrossFit, self-defense and more — and had more than 64,400 unique visits by refugees from 16 countries.

YSFR’s running coach and former San Francisco advertising executive who partnered with VidMob on the campaign once worked as creative director at ROI-DNA. Burr Purnell, who joined VidMob as director of social good, nearly five months ago, also founded Oberon Creative and co-owned All Good Products.

The serendipitous story begins with Purnell, who recently returned to the United States after spending a year traveling the world helping others with his wife and two daughters. While traveling, they met Jean.

Purnell used the VidMob platform to create a video campaign to raise money for YSFR.

“Alex Collmer, the CEO of VidMob, wants to build more than a company,” Purnell said. “He wants to do business for the greater good and give back.”

Up to 1% of VidMob’s gross revenue profits now go toward supporting freelance editors and creators worldwide who either get paid or donate their time to VidMob Gives’ projects. “I’m also thinking about starting grant program where people can apply,” Purnell said.

YSFR is one of the first organizations to benefit from VidMob Gives. To stay true to their mission and to create an environment of inclusion and acceptance, YSFR needed to raise $10,000 in two weeks to repair their badly torn tent roof and purchase sports equipment for the refugee athletes.

Purnell and his family helped YSFR write a video script, recorded footage and shot still images to create a three-minute fund-raising video. The NGO then uploaded all the assets to VidMob’s platform and turned the raw materials into a promotional message.

The video contrasted the stark conditions of Moria Camp with joy its residents derive from the Yoga & Sport for Refugees program. By humanizing Europe’s refugee crisis, the creators fostered genuine empathy among viewers.

YSFR’s video enabled the organization to reach its $10,000 goal in the campaign’s first five days, ahead of its original two-week benchmark. In the following six days, the organization doubled its fund-raising target with more than $20,000 raised.