80% Of U.S. Apps Found To Have 'Dangerous Permissions,' Many From China, Russia, South Korea 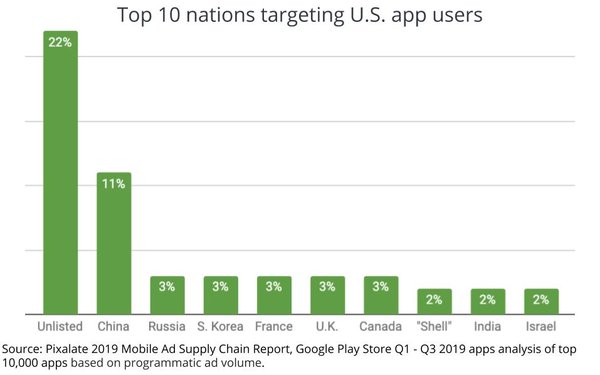 The analysis of the top 10,000 apps installed from Google's PlayStore as of the first three quarters of 2019 shows that many have been delisted by Google for proliferating questionable programmatic advertising, as well as serving as a vector for distributing malware.

About a third of the apps served programmatic ads that may have run against brand-unsafe content, while 80% had "dangerous permissions," including potential consumer data privacy violations.

Even more troubling, the report implies potential national security threats, noting that many of the top apps installed by U.S. users emanate from foreign nations such as China (11%), Russia (3%), South Korea (3%) and nations known to host so-called "shell" enterprises (2%).

"Up to 72% of the top 10,000 apps in the U.S. are registered outside the U.S. or in unknown locations," the report notes, adding that many of the worst offenders are from China and Russia and have features that have dangerous permissions such as accessing users' phone cameras, audio recording, precise location and/or can write data to external storage.

The report also notes that 83% of the top 10,000 apps can reach U.S. children and two-thirds of them have at least one dangerous permission. 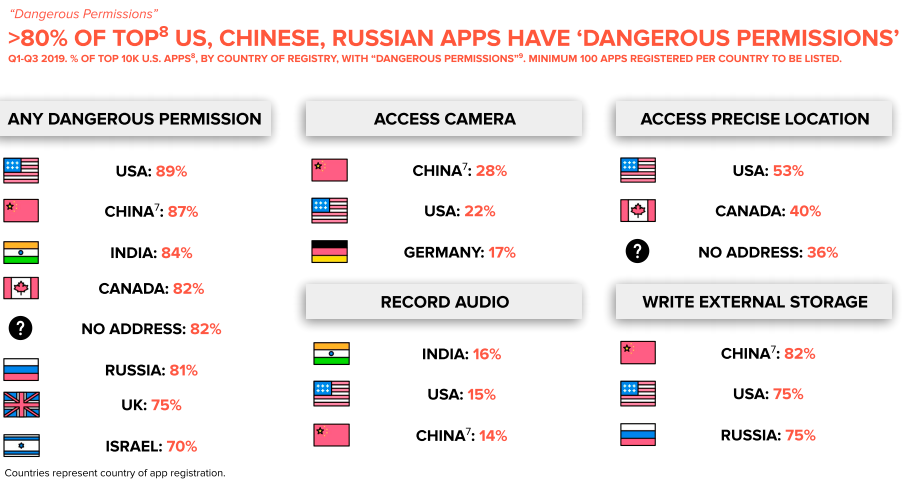