Microsoft Gives Developers A Chance To Get On Santa's 'Nice List'

Microsoft will give developers a chance to get on Santa's "nice list" this year when they build an intelligent, Serverless, Xamarin app.

Pointing to the Santa Talk app, Microsoft SR Cloud Developer Advocate Matt Soucoup explains in a post that it allows users to send a note to Santa and then discover whether or not he will reciprocate a bit of kindness by delivering a gift. The app relies on Xamarin.Forms, Microsoft Cognitive Services – Text Analytics and Azure Functions.

Developers can find instructions on how to install the Azure components from GitHub repo. Text Analytics is one of more than twenty different Microsoft Cognitive Services products. This one can parse a string of text and pick out the key phrases. It also can identify entities, people, places, or things contained in a sentence.

The process may not be as easy as Soucoup describes, but the technology required to build the app shows how far marketing and advertising technology have come in the past few years.

Santa Talk uses Text Analytics to identify the language a text string was written in, as well as parsing the sentiment — positive or negative — to determine the thoughts behind the text.

Soucoup suggests using Azure Functions. “Santa Talk exploits the ability to have a Function run in response to an HTTP call, essentially making a Function a backing Web API,” he writes.

Getting on Santa's “nice list” requires developers or marketers to visit the existing Santa Talk app repo and extend it in some way, for example, by adding the ability to take a photo by using Cognitive Services Vision to have Santa figure out if you've been naughty or nice.

The responses from Santa can then be saved in a device and displayed in a CarouselView, which presents data in a scrollable layout where users can swipe to move through a collection of items.

A request to pull information can then be opened on the original repo and then lets Microsoft know how it was extended and includes some screenshots and thoughts on the Azure services and/or Xamarin products used, and what worked or didn't.

Everyone who participates can apply for some sort of gift such as Xamarin stickers. Ten entries, chosen at random, will receive a $25 gift card to the .NET Foundation Store. 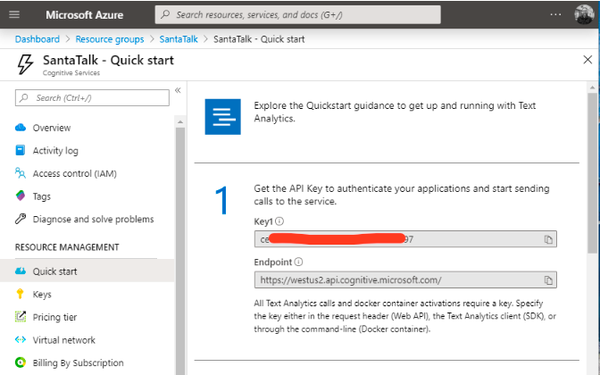