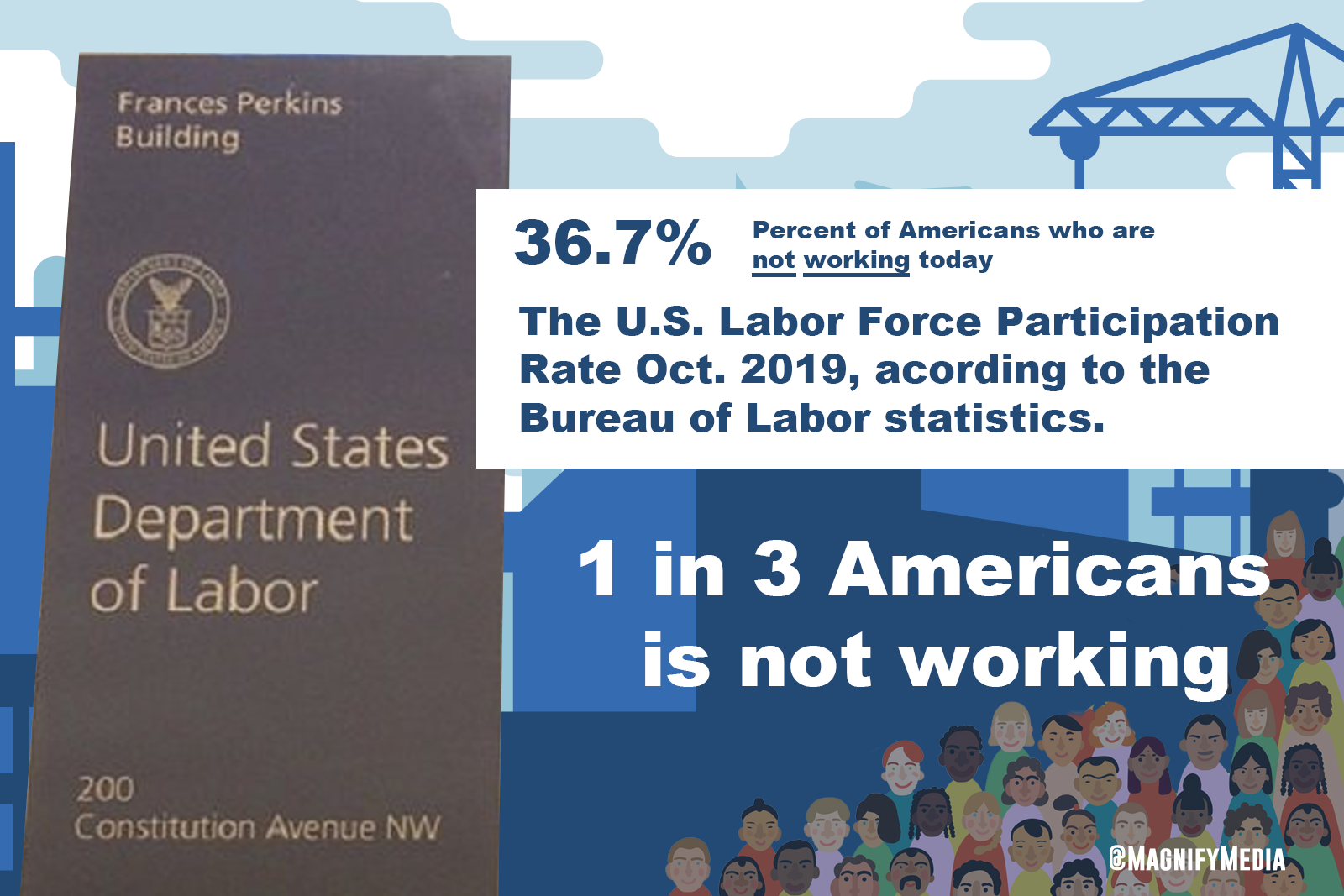 It’s the drumbeat of his entire re-election campaign: "You may not like how I behave, or who I mistreat or humiliate — but just check out the economy humming along. So, gosh — the gods of capitalism are clearly smiling on me,” Trump seems to say.

But, admit it — you don’t feel more economically secure. You don’t feel like your kids are going to get good jobs. You look around and you see friends out of work, or taking jobs that are way below their experience level and earning potential.

So, what if I told you that you’re not alone? In fact, the Bureau of Labor Statistics (BLS) stats tell a story even its principals know isn’t true.

If you take a hard look, the fear and trepidation you are feeling are widespread and well-warranted.

The “official” unemployment rate is 3.6%. Which seems fantastic.

But the BLS uses this basis: "People are classified as Unemployed if they do not have a job, have actively looked for work in the prior 4 weeks, and are currently available for work.”

But a much less-reported statistic is the Labor Force Participation Rate. The BLS defines the “Labor Force” as anyone who is over 16, and not in jail or the armed forces. Anyone who is able to work, but not working, is calculated.

Today, the actual percentage of UNEMPLOYED stands at 36.9% — almost one in three Americans. So, 37% of the American population could work, but can’t find a job. Be honest, you may be one of them.

And that’s before we calculate underemployment, That's people working in low-skill, low-paid jobs that are below their ability and don’t earn them enough to survive.

Ready for the true face of the American workforce?

Walmart is the nation's leading employer and is the top employer in 22 states. Half of Walmart’s employees are part-time, at a minimum wage of $11 an hour. Walmart’s low-wage workers cost U.S. taxpayers an estimated $6.2 billion in public assistance, including food stamps, Medicaid and subsidized housing, according to Americans for Tax Fairness.

The Economic Policy Institute reported the underemployment rate to be 11.1% in 2018. So that means of the 63% of Americans who ARE working, 10% of them (at least) are working part-time when they want and need full-time jobs.

So, either you’re not working, or you’re underemployed. But even if you’ve got a job, and got a raise, you may feel like you’re slipping behind.

Why? Because you are.

Actual wages, adjusted for inflation, rose just 1.1%, according to the salary comparison site PayScale. However, when adjusted for cost of living increases, real wages actually decreased 1.3% since 2017.

So, if you’re trying to square your rising health care costs, you’re anxious about your part-time work or your lack of job security, maybe the missing magic in the economy is the rise of the gig economy?

Well, it turns out the BLS doesn’t even track that at all.

The closest thing is a category called “contingent workers," a BLS category of workers who are on temporary work assignments.  BLS had not released the Contingent Worker Supplement since 2005, due in large part to a lack of funding. In 2019, BLS reported that 5.9 million people, or 3.8% of all workers, are contingent workers, still a tiny part of the U.S. economy.

So tensions are rising. Prices are climbing. Wages are flat, and meanwhile, Washington is cutting taxes on the wealthy and driving the country deeper into debt by raising the deficit.

The gap between what the U.S. takes in in taxes and what it spends is now one trillion dollars. And so, when Congress starts talking about cutting social services, just remember that the deficit that will drive those cuts didn’t just happen. It’s all part of the plan. Income inequality isn’t an accident. It’s central to everything that’s happening in the American economy.