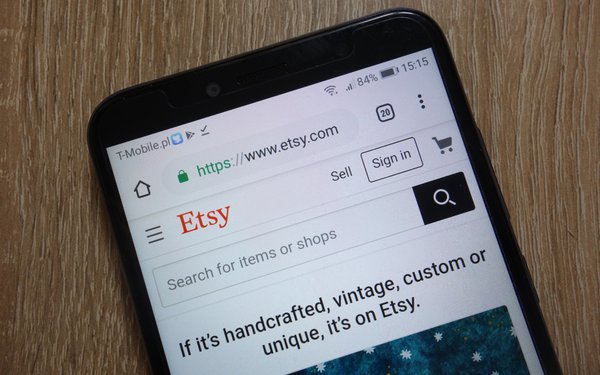 A mandatory advertising program for all Etsy sellers will roll out in April. The company says it will help increase web traffic to shops and eliminate the risk of them paying for ads that don’t lead to sales.

When a shopper clicks on one of those online ads for a product sold on Etsy and purchased from the online shop within 30 days, sellers pay an advertising fee. An advertising fee is paid when a sale is made.

With analysts reducing advertising spend specifically online based on the coronavirus outbreak, it will become interesting to see whether or not other companies and marketplaces offering search advertising will implement a similar program to offset declining revenue.

One seller of jewelry, Jessica Luu, told The Verge enough is enough because there have been too many changes, “the writing is on the wall” and she needs “to get out before it gets worse.” Luu’s jewlery company rated among the top 1% of Etsy sellers last December based on rankings from a third-party analytics service.

SimilarWeb’s ranked Etsy at No. 5 in the top marketplaces, following Amazon at No. 1, Walmart at No. 2, eBay at No. 3 and Target at No. 4. The Digital 100 ranking released in February shows the top five sites for each category in the U.S. based on average monthly active users in 2019.

It appears that Etsy’s push to compete with Amazon and eBay have sellers picking up the cost for doing business.

Etsy went public in 2015, and has been under pressure from investors to increase profitability.

In a research note published February 26, RBC Capital Markets analyst wrote that revenue grew 35% year-over-year to $270 million, above the Street’s expectation of $265 million, with the fastest-growing part of its business being revenue from its seller services and a strong holiday season. Revenue from seller services rose 65% and now accounts for about a third of its business.