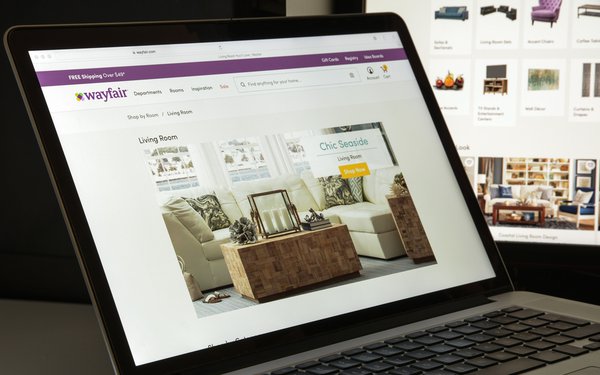 Wayfair, which specializes in selling home furnishings online, released a sales update on Monday that says ecommerce sales should meet or exceed its first-quarter guidance for consolidated net revenue during the first quarter of 2020.

The increase in demand is attributed to COVID-19 stay-at-home orders and consumers working from home in late March.

The strong demand for home goods in markets it operates worldwide has led to gross revenue growth at slightly below 20% year-over-year in March, consistent with January and February growth rates.

Wayfair saw this rate of growth more than double toward the end of March. This run-rate has continued into early April, according to the company.

“We are closely monitoring the current market as we all respond to the threat of COVID-19,” stated Niraj Shah, CEO, co-founder and co-chairman, Wayfair. “Wayfair’s e-commerce model is uniquely suited to serving customers’ very real needs at this challenging time, and we are committed to doing so while taking all necessary steps and precautions to ensure the safety of our customers, employees, and communities.”

Wayfair did not pause advertising. Kantar data shows that Wayfair took the lead in paid-search advertising on furniture keywords by a substantial margin.

In March, Wayfair captured 33.2% of all Google product listing ad clicks on the same keyword group, and 31% of all clicks on text ads displaying for the furniture keywords.

Wayfair, however, did not see the same gains in product listing ad clicks from their other companies. Product-listing ad-click share for AllModern and Joss & Main came in flat for March compared with the previous two months.

The ecommerce site also was among the top furniture retailers to advertise on TV during the period, spending an estimated $137 million on commercials, behind only Ashley Furniture at $182 million.

While television and other ad media are not as transaction-based as paid search, a reduction in spending would likely make Wayfair less visible and top of mind with consumers, according to Kantar.

It looks like the focus on paid search and other types of advertising has paid off. Wayfair plans to announce first-quarter results on May 5, and as of today, management believes the company will meet or exceed its sales gains of between 15% and 17%.

“One of the potential ways to modify marketing spend in the current environment is to focus more on performance/transactional-ad formats,” Colin Sebastian, Baird Capital analyst, wrote in a research note. “We assume this means more Google Product ads, in particular as Amazon and other retailers likely pull back in the Home category.”

The online store is doing so well that Sebastian is increasing its fiscal-year 2020 revenue estimate to $10.9 billion, up from $10.7 billion. Wayfair recognizes revenue when products are delivered, which will shift some of the late-March increases into the second quarter, he wrote.