89% Of Consumers Concerned About Returning To Brick And Mortar 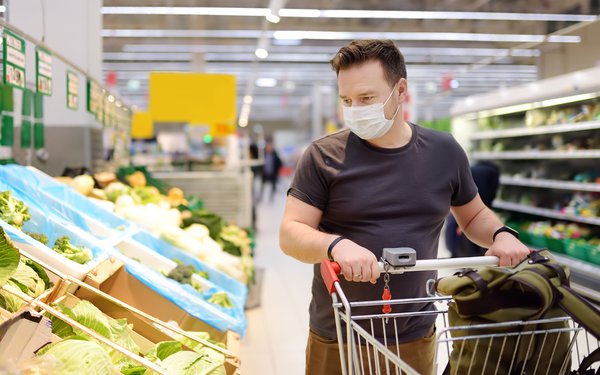 Huntington Beach took the spotlight Friday as local and nearby residents held signs in protest, challenging California Governor Gavin Newsom to reopen the state and allow them to go back to work and stores. But despite some longing for those pre-COVID days, data released Friday suggests consumers may not be ready.

The Harris Poll conducted an online study in the United States on behalf of Fast, an ecommerce payment option, between April 28 and April 30, 2020. About 2,048 U.S. adults ages 18 and older participated.

The survey found that 89% of shoppers have concerns about shopping in physical stores, with just 11% saying they are not concerned. Some 63% said their top concern regarding shopping in stores is being too close to other people.

Retailers should know that cleanliness has become a challenge. Some 40% of survey participants listed store cleanliness as a top concern for shopping in stores, while 34% cited touching credit card terminals, and 32% listed passing cash back and forth at the register.

Bulk buying has become a thing. Some 77% of people say they have stocked up since the start of COVID-19, and of those, 55% said they were concerned that stock would run out. Half of those who stocked up said they wanted to have enough supplies to last through the pandemic, while 21% feared the store would permanently close, 20% worried they might not have enough money to buy the items in the future, 20% were concerned by the media coverage of the pandemic, and 15% did so because they saw other shoppers buy large quantities of items.

Half of all those participating in the survey said they have stocked up on toilet paper since the start of COVID-19. Disinfectant wipes and other cleaning supplies follow at 45%, bottled water at 44%, hand sanitizer at 44%; paper towels, 43%; meat, 37%; pasta, 32%; rice, 32%; medications, 28%; and baking supplies like flour and yeast at 25%.