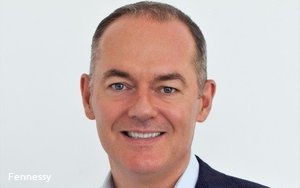 Standard Media Index (SMI), which has emerged as the market leader in competitive ad-spending intelligence via a “pool”-based system that taps directly into the media-buying processing data of major ad agencies and clients, is substantially expanding its pool and is also expanding geographically.

In the U.S. market, SMI is adding apex media-buying agency GroupM as well as Horizon Media, Canvas Worldwide, RPA and MDC Partners’ Assembly. The additions boost its coverage of media-buying billings by 25% to just under $90 billion in ad spending by national marketers in the U.S..

Depending on the medium being analyzed, the expanded pool will represent as much as 85% of a nationally heavy medium like national TV, and about 40% of more disparate and long-tail media such as digital.

The only major U.S. media-buying entity that SMI won’t have in its pool is IPG Mediabrands -- an original pool partner, which pulled out during former CEO Henry Tajer’s reign -- but Mediabrands has already joined the pool for SMI’s next big international market, Canada.

SMI, which founded in 2009 in Australia, entered the U.S. in 2013, is now operating in the U.K., New Zealand, and is poised to launch in China too, according to CEO James Fennessy, with plans to add France, Italy, Germany and Spain later this year.

Beyond the explicit expansion of its pool, as well as new international markets, Fennessy notes that SMI also benefits from the shift of “client dollars” moving to its pool agencies when they have new business wins. While they also lose business, Fennessy says SMI always controls its database to ensure that it is representing “apples-to-apples” comparisons over time.

It also utilized sophisticated modeling to fill in blanks and project total media marketplaces where it can. So in national TV, for example, SMI’s AccuTV system applies its direct intelligence on media-buying prices from the agencies processing contracts through its pooled data -- including makegoods/ADUs (audience deficiency units) -- and applies their average unit costs to data from Nielsen representing 100% of the ad units actually run on TV.

Fennessy says SMI is working on doing something similar for digital media and has been working hard on harmonizing the way that various agencies in its pool define and code digital media buys, including their formats.

Unlike big national media, SMI’s pool under-represents digital, because so much of the media buys made on big platforms such as Google and Facebook comes from self-serve, long-tail and small business advertisers not accounted for.

But he says SMI has a “big project underway with four agency holding groups” to further cleanse and harmonize the structure of their digital booking data.

The result, which is expected to be competed by the end of the year, will be “very accurate digital CPM data at the site level, and at the ad type level.”

Even then, he acknowledges the digital database will be more representative of big national advertisers making “direct” national buys from big digital media platforms and publishers, but he says it will be as close to a “perfect solution” as the ad industry can reasonably get to.