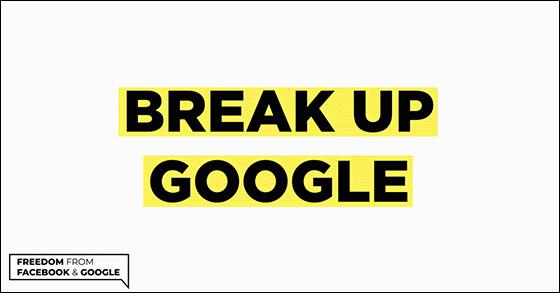 In an ongoing effort, this time the group is calling for the breakup of the company Larry Page and Sergey Brin founded in 1998.

"Amidst the pandemic, recession, and nationwide protests against police brutality and racism, Google’s only interest is to exploit the current moment for PR purposes," stated Sarah Miller and David Segal, co-chairs of Freedom From Facebook & Google.

The group also calls for the government to regulate Facebook and Google -- holding them accountable for “wrongdoing” -- and to reject their lobbyists and corporate donations.

Google has been criticized for not doing enough to stop the spread of misinformation. Miller and Segal believe the platform allows hate to spread and amplifies deadly misinformation. Critics also point to bias in search results.

The resolution proposed that Alphabet find alternatives to its current structure that would make the company more manageable, citing concerns of cobbling together hundreds of companies, and human rights abuses.

Despite what critics say, the company earlier this year started on a path to build tools and then provide more than $6.5 million in funding to fact-checkers and nonprofits fighting misinformation worldwide. At the time the focus turned to COVID-19 and away from Russian collusion and meddling in the U.S. elections.

On Monday, Bloomberg reported that Google began labeling misleading videos on YouTube aimed at U.S. audiences, and has joined with other internet companies to coordinate a response against what the World Health Organization describes as an “infodemic.”

Google also began placing advertisements on websites that publish theories, helping their owners generate revenue and continue their operations. In at least one instance, Google ran ads featuring conspiracies it had already banned.

Freedom From Facebook's campaign, aimed at breaking up the social media network, began two years ago.

Since then, Facebook announced its $1 million investment to support fact-checkers. Earlier this year, the company began sending notifications to people who have shared or are trying to share the content to alert them that it has been fact-checked. Facebook also uses this method to stop the spread of misinformation on Instagram.