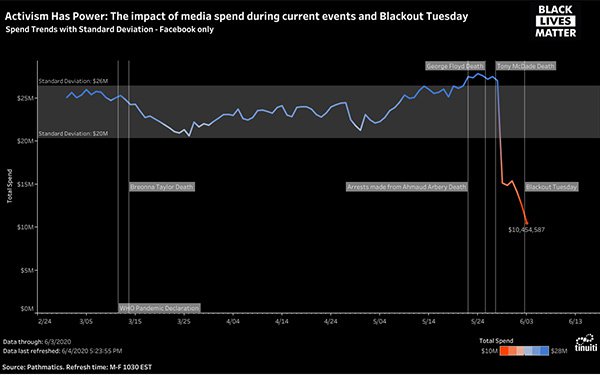 Many marketers and U.S. consumers are closing their wallets in disgust in the wake of the murder of George Floyd as well as Ahmaud Arbery, Tony McDade, Breonna Taylor and other black men and women.

Tinuiti analysis shows that Facebook daily spend has dropped nearly 60% in correlation with the activism efforts.

The tragedies are a stark reminder of the racism and inequality that Black Americans suffer daily.

The tragedies, protests and activism around this issue continue to impact how brands spend their marketing dollars on Facebook, specifically regarding #blackouttuesday. By removing themselves from the paid platform, this has made further room for other voices.

Many brands have reallocated their social media budgets to organizations that support social justice, according to Tinuiti.

Notably, the impact of daily spend seen in the last week has been three times as great as the impact from COVID-19 seen during a two-week period in March. 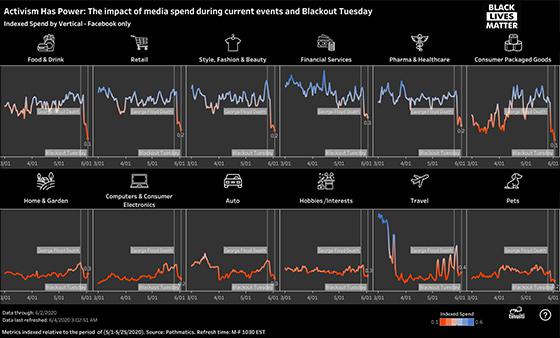 Based on the speed and depth of the decrease in ad spending, this has a far greater impact on Facebook daily spend than COVID’s impact in March.