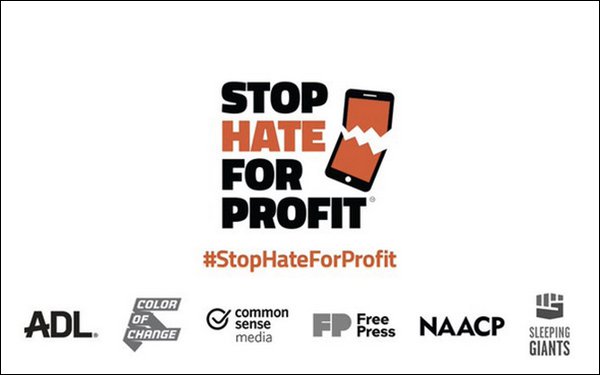 A growing number of brands are joining a month-long boycott of Facebook advertising, set for July, organized by civil rights groups to protest the platform's refusal to take a harder line on President Trump and other messengers of misinformation and hate.

“We’re in,” The North Face tweeted on Friday, along with a link to the #StopHateForProfit campaign, which was launched last week by the NAACP, the Anti-Defamation League and other civil rights groups.

Among other offenses, the campaign asserts that Facebook “allowed incitement to violence against protesters fighting for racial justice in America,” and “amplified white nationalists by including news sources with known extremist ties into their ‘fact-checking’ program.”

The North Face, which is owned by international apparel giant VF Corp, said the boycott will apply to all Facebook Inc. properties, and will span the month of July.

In an interview with CNN, a VF Corp spokesman said other brands under its umbrella were “considering” joining the boycott. Its portfolio includes Vans, Timberland and Dickies.

Two more brands joining the boycott include fellow outdoor recreation product company REI and online-recruitment services provider Upwork. Each said on Friday they plan to suspend paid advertising on Facebook throughout the month of July.

“For 82 years, we have put people over profits,” REI tweeted. “We’re pulling all Facebook/Instagram advertising for the month of July.”

In addition, 360i, the digital agency owned by Dentsu Group, is now encouraging its clients to boycott Facebook, according to an internal email obta ined by The Wall Street Journal. 360i clients include Oreo, JC Penney, Coca-Cola, Bravo and Diageo.

Officially, Facebook is supporting the boycott and committed to finding common ground with critics.

“We deeply respect any brand’s decision and remain focused on the important work of removing hate speech and providing critical voting information,” Carolyn Everson, Facebook’s vice president, global marketing solutions, stated. “Our conversations with marketers and civil-rights organizations are about how, together, we can be a force for good.”

Amid mounting criticism from inside and outside Facebook, cofounder-CEO Mark Zuckerberg recently said he was reconsidering his refusal to rein in Trump.

“We’re going to review our policies allowing discussion and threats of state use of force to see if there are any amendments we should adopt,” Zuckerberg wrote in a letter to employees.

In addition to declaring “When the looting starts, the shooting starts” in late May, Trump has used Facebook and other social media to threaten to intervene to break up the largely peaceful protests taking place in Seattle's so-called “Capitol Hill autonomous zone” and in other cities.

Zuckerberg initially responded to Trump’s “shooting” threat by reiterating Facebook’s commitment to free expression. “I believe people should be able to see this for themselves, because ultimately, accountability for those in positions of power can only happen when their speech is scrutinized out in the open,” Zuckerberg wrote at the time.

Since then, the civil rights movement sparked by the murder of George Floyd has gained momentum. In early June, hundreds of Facebook employees staged a “virtual walkout” for giving Trump a platform to incite violence and spread disinformation.

The ads in question claimed the existence of “dangerous mobs of far-left groups” supposedly disrupting cities, and featured red triangles pointing in a downward position, which were used in Nazi concentration camps to identify political prisoners.