Google Steps Up Privacy And Incognito Mode, Will Auto-Delete Data At 18 Months 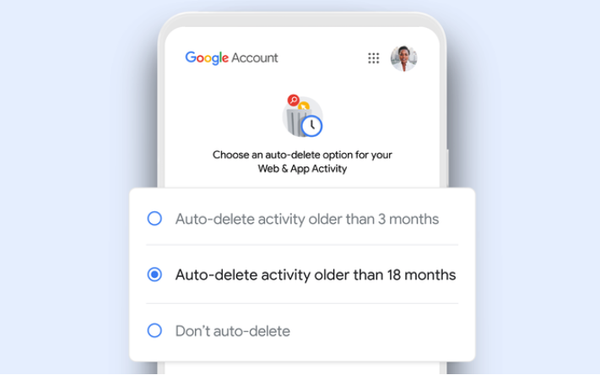 Google will automatically delete data collected during searches and website visits for new accounts after 18 months.

The activity data will be automatically and continuously deleted after 18 months, rather than kept until the person chooses to delete it, Alphabet and Google CEO Sundar Pichai wrote in a post on Wednesday.

Data had previously been kept indefinitely by default because, the company said, it was necessary to personalize its services to individual users.

“We believe that products should keep your information for only as long as it's useful and helpful to you — whether that’s being able to find your favorite destinations in Maps or getting recommendations for what to watch on YouTube,” Pichai wrote in the post.

Google initially launched auto-deletion last year to allow those concerned about privacy to have the data deleted.

Data such as Location History, search, voice and YouTube activity data will be deleted automatically after three months or 18 months. The default can be found in activity settings.

Soon people using Google’s platforms can find the account setting controls directly in Google Search. Features like “Google Privacy Checkup” and “Is my Google Account secure?” and a box only visible to you will show your privacy and security settings so you can easily review or adjust them.

It also will become easier to access Google’s Incognito mode in many of its apps, by pressing on your profile picture for a longer time in Search, Maps and YouTube. While it’s available today on the Google App for iOS, Google plans to make it available in Android and other apps such as Maps and YouTube.