Amid A Postal Crisis, Biden Campaign Says It's Relying Heavily On Snail Mail 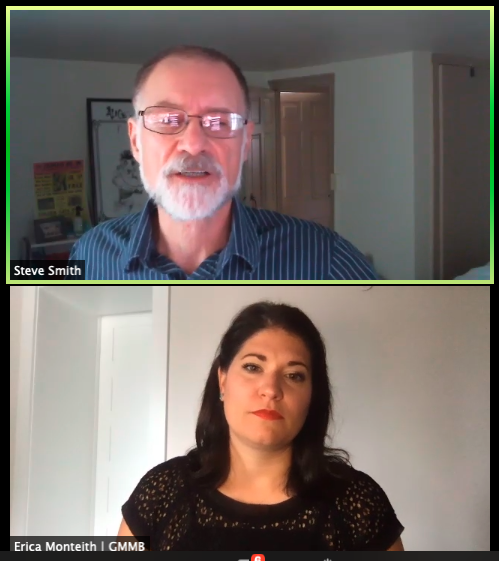 At a time when the U.S. Postal Service has been under attack from the President and his Postmaster General, direct mail has emerged as the biggest paid media factor in the 2020 race.

While Monteith did not address the impact of the administration’s steps to curtail postal service on the strategy, she said direct mail has emerged as an important factor because of the COVID-19 pandemic.

“Honestly, the biggest change this cycle has probably been because of COVID,” she said during a conversation with MediaPost events director Steve Smith, adding that while direct mail and feet-on-the-street canvassing traditionally are key to reaching potential voters, the latter is an anathema right now.

“During a pandemic you really don’t want strangers showing up at your house asking you what candidate you’re voting for,” she explained, adding: “We know people are opening their mail. Direct mail is something we’ve seen is effective.”

Beyond that wrinkle, Monteith said the other big difference in 2020 is a much greater reliance on connected TV (CTV) than in 2016. She said this was mainly due to the fact that the medium is much more developed and there is greater inventory available for targeting and reaching voters now as compared to 2016.

Another factor driving the use of CTV is the fact that much of the digital media that campaigns had utilized in the past is not available in 2020, including Twitter, Spotify, TikTok and Twitch, none of which accept political advertising.

She also said that Google has made it much more difficult to utilize custom campaign lists, driving political media buyers to alternatives such as demand-side platform The Trade Desk.

“We have to get even more creative about how we reach them,” she said, because paid media isn’t as available to political operatives, forcing them to focus much more on their “organic” presence.

As a result, she said the optimum 2020 mix is a combination of direct mail and online paid media buys, which can be coordinated to reach voters and follow up with reinforcing messages as well.

“You have that offline and online and you have a more holistic view of what’s happening and create your own little echo chamber and make sure people are seeing our message more than once,” she said.