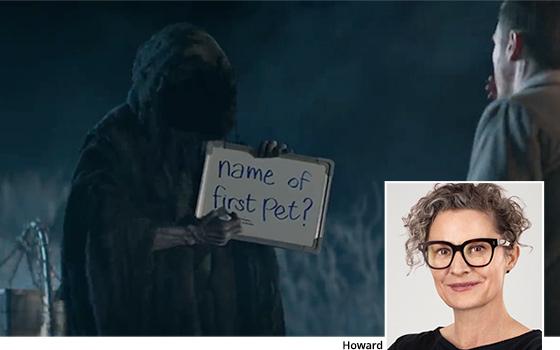 Going into its big ad buy at the 2020 Super Bowl, password and security manager Dashlane knew that one shot of exposure wasn't enough. As CMO Joy Howard recounts to Brand Insider this week, pre- and post-game promotion and follow-through is what makes a return on that level of ad spend.

The 10-year-old D2C brand was aiming beyond its tech enthusiast and B2B base by going large at the top of the funnel. But it ramped up the game day buy with a special sports blog that reunited Deadspin sportswriting staff that had left the site in protest months before. They would cover the big game in their own irreverent way.

Dashlane’s engagement, not only at the Super Bowl but also during the many breaking challenges later in 2020, underscores how tightly connected brands can, should and need to be with cultural moments. Before leading Dashlane’s marketing, Howard had CMO duties at both Lyft and Sonos, with previous senior spots at Patagonia, Nike and Coca-Cola.

MediaPost: What does your media plan look like? Typically, where's your money going?

Howard: Partnerships continue to be a primary investment for us. Also, we invest in influencers. YouTube has been a productive channel for us, primarily because when people are thinking about a product like ours, they're usually in intellectual curiosity mode or a self-improvement mode. They're going online to learn something. When we engage with people on those channels, we usually have the most success. Social has been more successful for us in recent months as we strengthened our creative team and our creative chops.

MP: One of the biggest challenges for all the direct-to-consumer brands has been cost of customer acquisition. How do you think about costs and manage them in terms of your customer lifetime value?

Howard: I've been here for a little over a year. I walked into one of the most ferocious and incredibly efficient and disciplined performance marketing teams that I've ever worked with.

A lot of what the job has been for me is not to squeeze further efficiency out of what's already a really well-oiled machine but to really put more fuel in it, which I've done in lots of ways by using other mass-media channels that stimulate word of mouth.

You mentioned the Deadspin partnership that we did. That's an example of a tactic that we would pursue just to get people talking. The more effectively you earn your way into the conversation, the more people naturally think of you and the more they search for you. Therefore, the more efficient your performance marketing machine becomes.

A lot of what we're doing now is rounding out that well-oiled machine with editorial, with organic social, with our blog. People go there for information, they go there to learn more about how to improve their lives online. That's been a great way to drive interest in the brand.

MP: You're highlighting a blog. Tell us how that becomes an effective tool for you and how you draw people into it.

Howard: I'm a big believer in meeting people where they are and being relevant in the moment. One of the ways that we draw attention to the blog is by entering into conversations when they're happening. And to do that in a way that's helpful. One example would be when everyone had to homeschool right away, we published pieces about how to tame the digital chaos that comes with homeschooling.

Shortly after everyone went into quarantine and everyone was using Zoom constantly, there was a Zoom breach. That was an incredibly relevant moment for us to pop up into the conversation and say, "You don't have to worry about things like breaches if you're using a password manager. On top of that, we can make every aspect of working from home easier and more seamless, and the same with school from home."

MP: Explain the high concept for that Super Bowl ad and how you executed and measured the benefit of it.

Howard: The original concept came from this insight that password pain is universal. And that it's shocking how much of an annoyance we'll put up with before we do something about it. And that the way to get people to change their behavior is not to scold them into doing it. Most of the communication in the category, up until that point, had been very scolding. People generally don't respond positively to that kind of messaging.

We thought we could poke a little fun at the situation and hope that people would recognize themselves in the humor. That was the idea. You're on that ultimate journey, crossing the River Styx and you think you're about to go to heaven. And lo and behold, right before the pearly gates open, you get asked for your password, which you can't remember. The frustration of that resolving into Dashlane.

MP: How did that tie into the Deadspin reunion?

Howard: It didn't. Let me explain. The reason that Super Bowl buys are efficient is because they get so much coverage before and after the game. We had this really incredible spot, but no one had really heard of us before. Before we finished the spot, [reporters asked], "Why should I cover this?" On top of that, we're more focused on a tech-forward audience. We focused our buy on the top tech cities. And because we didn't have a national buy, that also made it harder to earn coverage.

Joel Johnson [VP of Communications] at Dashlane, who used to be a journalist, had the idea of sponsoring the Deadspin writers, who had recently walked off the job and from whom everyone wanted to hear about the Super Bowl. They were all out of work and it was a very useful way for us to show up in advance of the Super Bowl, and get attention by also doing something that was really valuable to the public" sponsor the unnamed temporary sports blog.

MP: Tell us how all of this performed and how you go into something like this, trying to measure the effectiveness and the ROI on a project like this.

Howard: The Unnamed Temporary Sports Blog just exploded. The social chatter was about how people were in love with us. The Super Bowl itself was the biggest thing that we'd ever seen as a brand. For me, how we are performing in terms of organic search is the best do-it-yourself measure of a brand's strength. We eclipsed the entire category from that moment. That's how we measured it.

MP: Was it sustained?

Howard: We've had to sustain it. I talked to lots of CMOs before we made the investment decision and every single one was unequivocal that you need to think of this as the start, a moment that begins your communication. We were very measured in the buy, very thoughtful about the cities where we bought a placement so that we could sustain the attention and the conversation afterwards.

MP: And that's where your performance team kicked in.

Howard: For sure, but it's also where the brand team had to kick in, too, to find these moments of relevance, where we could spike ourselves into the conversation again so that we can continue to stay top of mind. Despite the very low cost out of pocket for a password manager, it's a very considered purchase. You actually have to set it up. The path to purchase is more similar to that of a Sonos, or a sofa, or a car, than it is a cheap piece of software.

MP: Let's turn to the last few months, and the COVID challenge to market. Obviously, WFH raised the baseline interest in a product like yours. How did your messaging shift? You want to put yourself in front of customers who have an organic need for you. At the same time, you need to make sure you're not being seen as exploiting the situation.

Howard: It was not a no-brainer for people the way that Zoom, is or GrubHub. It took more prompting from us. And it took more consistent communication, but we saw strong responsiveness and it was encouraging. We could see within the first week that it was just too much and and no one needed to hear about it anymore.

From that moment, we went back into our humorous mode that worked so well for us in the Super Bowl. We found our most effective messaging was some of the helpful stuff around breaches. But then we started to lean more into our message to businesses because what we found is that the work from home context, while not very motivating for consumers, is hugely motivating for businesses who have a lot to think about in terms of keeping their employees safe.

I've never seen the need to change creative more frequently and more profoundly than I have over the last six months. I think it's been exhausting for creative teams because you have to remember, right in the middle of all those changes that I told you about Black Lives Matter happens, so it's been quite the whirlwind for brands creatively.

MP: What have you learned both on the media side and internally, say about your own creative team and how they work and what's possible?

Howard: A lot of what I've learned about has been the mindset that's required for such an endurance race. It really is a marathon, not a sprint. How do you get a team through times like this in a way that keeps them very creative. And not just creative, but breakthrough creative.

You've got to be flexible to be responsive to what's working and what's not, both in terms of what's resonating with the creative team and what's resonating with the audience. The other thing that I've learned about is a need for strength because it's very easy when everything out there is doom and gloom to think, "Well, we can't possibly have a sense of humor." Then, no, we need to be strong and realize that not everybody wants to be doom and gloom all the time, sometimes people do want to have a laugh. Let's just be brave and give people something to laugh at.

MP: If we have a Super Bowl, would you do another Super Bowl ad? Is it worth it, coming around a second time to this?

Howard: I will not say whether we will or we won't. But I would encourage brands who were trying to break through to consider it. We haven't had another great collective public event since the Super Bowl other than Black Lives Matter, which is an inspiring and uplifting moment where we all came together collectively. Those moments are rare, and as a brand, if you have a chance to participate in them, you absolutely should because the multiplier effect is real.